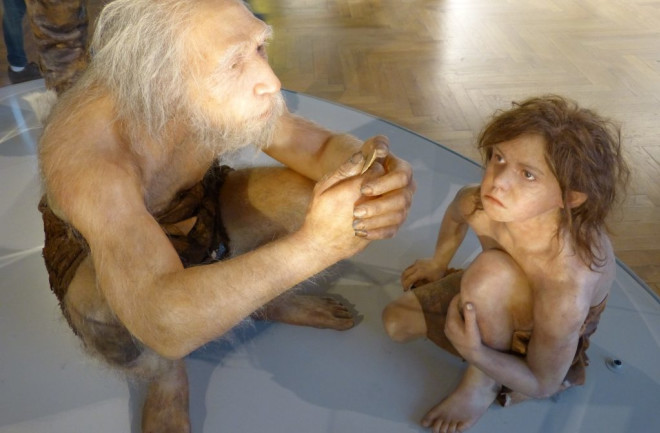 Being a lifelong surfer or diver sometimes comes with an odd side-effect: the growth of small, bony knobs in the ear canals, the result of chronic exposure to cold water and air.

They’re often referred to as “surfer’s ear” because the condition is common among those who ride the waves. But there might well be a more apt term for the condition, based on new findings from a team of scientists: Neanderthal ear. The ancient hominins were also commonly plagued by the condition, they say, and long before anyone ever hopped on a surfboard, at that.

The bony growths, also called exostoses, show up in many Neanderthal skulls found in Europe and southwest Asia. It’s evidence that the ancient human cousins likely spent a fair amount of time in the water, perhaps to gather food, the team says.

A Bump in the Ear

An exostosis forms when the ears’ delicate tissues are repeatedly irritated over long periods of time. The culprit is often wet, wind-chilled ears over perhaps a decade or more.

They’re often not an health issue, but an exostosis can block hearing and potentially lead to infections if it grows large enough. Today, a simple surgical procedure is enough to take care of the knobbly growths.

Neanderthals, of course, had no advanced medicine, so once they got surfer’s ear, they were stuck with it. And many were, indeed, stuck with it. Looking at 23 Neanderthal skulls, researchers from the U.S. and France found exostoses in about half of them. They published their results Wednesday in the journal PLoS One.

That number is far higher than in populations today, or even among ancient humans thousands of years ago, the scientists say. The small sample size makes it difficult to extrapolate the rate of surfer’s ear to Neanderthals at large. But, it’s a sign that they saw far more of the condition than we did, or do.

Why Neanderthals got the ear bumps is uncertain, though it’s likely an indication that they spent a lot of time in the water. Other studies of exostoses in humans have found that they’re more common in people that lived near water, especially in mid and lower latitudes. Farther north, researchers think, the water was too cold for people to go in at all.

The best reason for a Neanderthal to go in the water is because there’s food in there. Primitive humans, presumably, did not have a lot of free time to frolic and swim. Finding so many exostoses in the Neanderthals, then, is a sign that they often foraged in aquatic environments, the researchers say. If so, it would be a new insight into their day-to-day activities, and another piece of evidence rounding out our understanding of Neanderthal behavior.

But there are other explanations as well, including that Neanderthals may simply have been more predisposed to exostoses than humans. Their genetic makeup may have cursed them with higher rates of bony ear bumps, even if they didn’t go into the water more than humans.

In any case, the exostoses likely weren’t a major health problem for the Neanderthals, based on our understanding of the growths today. It was probably nothing more than an annoyance for the ancient hominins, another hazard of growing old in the Pleistocene.