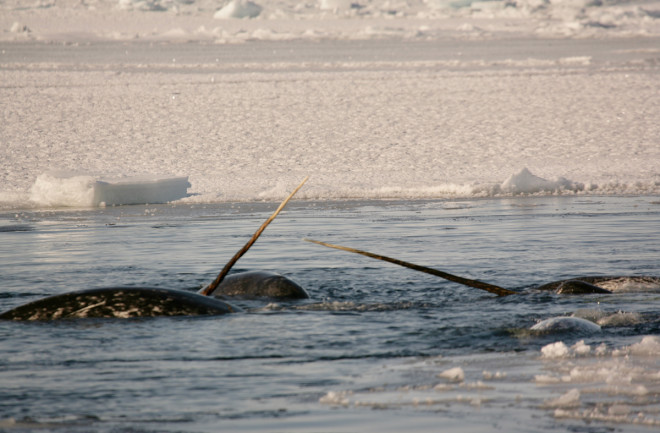 Narwhals are an Arctic-bound whale species famous for their tusks. (Credit: Mads Peter Heide Jorgenson) Narwhals, the unicorns of the sea, have survived for a million years withlow genetic diversity — a trait that usually suggests a species is close to extinction. But a recent survey found narwhals number in the hundreds of thousands, countering the assumption that lots of gene variants within a population are necessary for survival. "There's this notion that in order to survive and be resilient to changes, you need to have high genetic diversity, but then you have this species that for the past million years has had low genetic diversity and it's still around -- and is actually relatively abundant," Eline Lorenzen, a molecular ecologist and curator at the Natural History Museum of Denmark, who led the new research, said in a statement.

Researchers have long thought that genetic diversity is vital to a species’ ability to survive. When a species has a low genetic diversity, it means that it has a smaller pool of genetic options to choose from, making it more difficult toevolve in response to changes in the environment. And the Arctic is quite vulnerable to rapidly shifting conditions. Yet the Arctic waters that border the North Atlantic are the only places that narwhals — two ton porpoises known for the spiral tooth that grows out of males’ upper lips — live. When Lorenzen and colleagues scrutinized the genome of a narwhal from West Greenland, their analysis revealed low diversity across the animals’ genome. Yet, a recent survey found narwhals are doing great. Researchers estimate there are about 170,000 narwhals around the globe. It's enough for the International Union for Conservation of Nature to have recently changed the animals’ status from “Near Threatened” to “Least Concern.”

(Credit: Binia de Cahsan) The finding, published today in the journal iScience, calls into question the notion that low genetic diversity is always dangerous for a species. "This shows us that just looking at the number of individuals isn't indicative of the genomic diversity levels of a species, but also looking at the genomic diversity levels isn't indicative of the number of individuals. Equating those two doesn't seem to be quite as simple as previously thought," Lorenzen said.

Around two million years ago, narwhal populations began shrinking until only about 5,000 individuals existed 600,000 years ago. Population numbers began climbing again around 100,000 years ago — about the time the last glacial period began — before rapidly expanding 30,000 to 40,000 years ago. This history suggests an environmental change such as an increase in Arctic sea ice beginning around 100,000 years ago helped the animals thrive. But now the opposite is happening. Arctic sea ice is rapidly disappearing. Although narwhals’ low genetic diversity has carried them through thousands of years, the animals’ future is unknown. Though they are not endangered at the moment, one consequence of low genetic diversity is a limited ability to rapidly adapt to a changing world. "Our study can't comment on whether narwhals will be able to adapt, or if they have the plasticity to be resilient in these rapid changes," Lorenzen said. "But what we can say is that they have had this low genetic diversity for a really long time and they're still around."