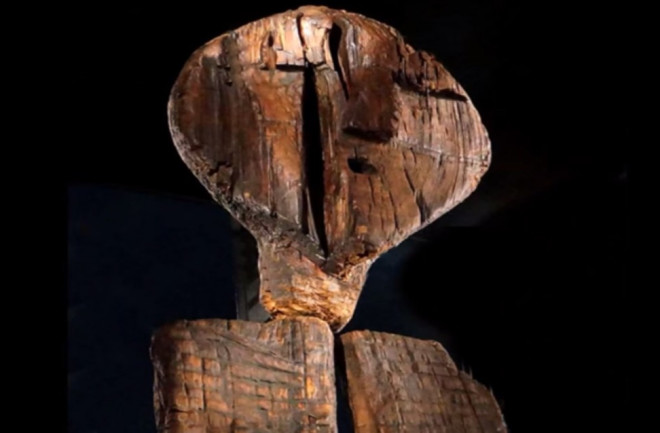 (Credit: Screengrab from YouTube/Ancient-Astronaut Arguments) The Big Shigir Idol, a 17-foot wooden statue found in western Siberia in 1890, has puzzled researchers for decades with its unreadable hieroglyphics. And now the mystery has deepened. A new analysis reveals that the statue is 11,000 years old, more than a millennium older than was originally thought. That makes Big Shigir the oldest wooden sculpture in the world, and more than double the age of the pyramids in Egypt or the structures of Stonehenge.

Since its discovery in 1890, researchers have examined Big Shigir in an attempt to make sense of its cryptic markings and the time and place it was created. What we know is that Big Shigir fell into a peat bog thousands of years ago where it was immaculately preserved by the antimicrobial properties of peat. In 1997, the first attempt to date the idol through radiocarbon analysis indicated the statue was roughly 9,500 years old. German scientists recently took another crack at dating Big Shigir using the latest dating technique: accelerator mass spectrometry

. That analysis indicated that the artifact was 1,500 years older than originally thought. Further, it also determined that Big Shigir was crafted from a freshly cut larch tree that was 157 years old at the time. "This confirms that hunters and fishermen from Urals created works of art as developed and as monumental as ancient farmers of the Middle East," an employee of the Sverdlovsk Regional History Museum in Russia told the Siberian Times.

We now know that Big Shigir is older than we thought, altering what we thought we knew about early civilization and Eurasian art. However, scientists are still befuddled by the markings carved all over the statue. Crosses, rhombuses, seven “faces,” wavy lines and zig-zags all adorn the statue, but to date no one has deciphered the markings.

For now, Big Shigir still resides on display at the Historic Exhibition Museum in Yekaterinburg, Russia — just waiting for someone to decode its ancient message.