Muriqui Monkeys, However Gentle, Will Kill to Mate 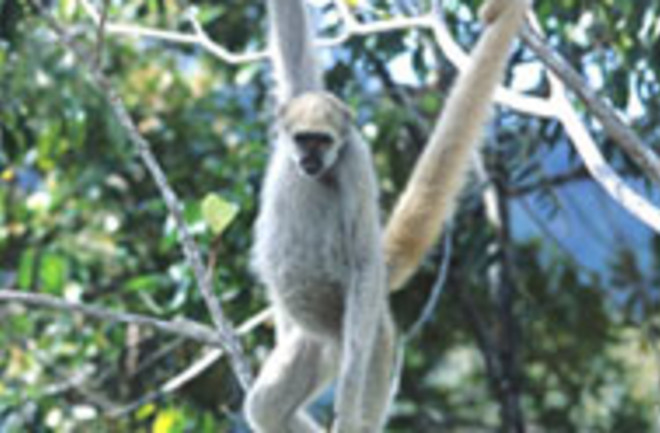 The muriqui have a reputation as being one of the gentlest, most social of the primates—so much so that they've been dubbed the "hippy monkey."But even the sweetest of animals will turn murderous when deprived of basic needs—in this case, sex. New Scientist reports that a gang of six muriqui was spotted pulling a "Lord of the Flies" on an older male:

The victim, an old male, died an hour after receiving savage bites to his face, body and genitals. The observations, published this week in the American Journal of Primatology, show how lifestyles may dramatically alter the behaviour of a species.

So why would these peaceful creatures, close relatives of spider monkeys found only in the Atlantic forests of Brazil, turn to such savagery? NS explains:

The muriqui's peaceful reputation stems mainly from northern populations that feed on abundant leaves, and where males patiently queue to mate with females.

But in the southern population where the attack took place, fruit is more widely available than in the north, and this may provide a clue to the assault, says Mauricio Talebi of the Federal University of São Paulo-Diadema, Brazil, who led the research.

Because fruit is widely dispersed, females detach from the main group to locate it, making them less available for sex with the males than in the north where everyone stays together to eat leaves.

Discoblog: Bonnie the Orangutan Is the First Whistling Primate

More From Discover
Planet Earth
Sexual Cannibalism: Why Females Sometimes Eat Their Mates After Sex
Health
Will Playing Music During Pregnancy Make Your Baby Smarter?
Health
Artificial Wombs: How Sci-Fi Could (One Day) Meet the NICU
Health
Why Scientists Have Been Creating Chimeras in the Lab for Decades
Mind
Is Everyone Destined to Experience Baby Fever?
Health
Sperm Counts Are on the Decline. Is the Human Race in Danger?
Recommendations From Our Store
My Science ShopDiscover STEM Kits
My Science ShopDiscover 2022 Calendar
My Science ShopStrange Science
My Science ShopElements Flashcards
Shop Now
Stay Curious
Join
Our List