Movin' On Up: Armadillos are Expanding

Armadillos are expanding their range northward. 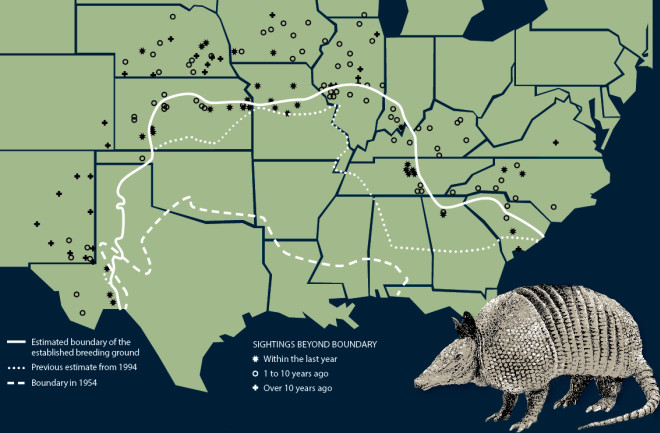 Armadillos roamed the Western Hemisphere during the Ice Age. But by the time naturalist John James Audubon first noted their presence in 1854, the mammals had just a tiny toehold north of the U.S.-Mexico border along Texas’ hot Rio Grande Valley, with a broader range across Mexico and countries farther south. Since then, armadillos have been ceaselessly marching north and east, with scientists citing climate change as a likely factor. The critters are tough to study, living much of their lives underground and avoiding above-ground traps, so researchers track them via live sightings by the public and numerous reports of armadillo roadkill. Despite their less-than-stellar self-preservation skills, their march continues.