More Fungus Among Us

The genome of a well-known fungus reveals hundreds of surprises. 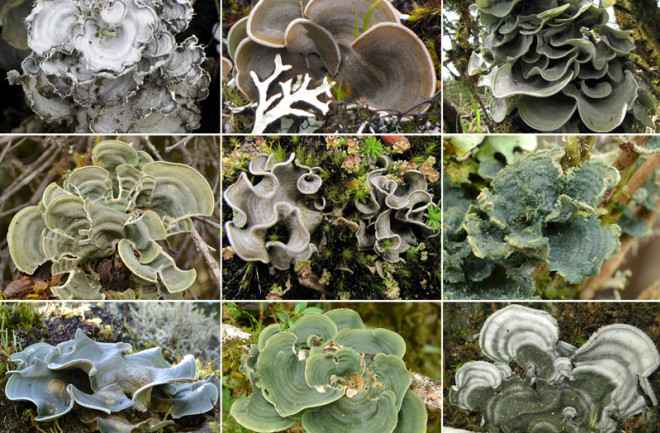 As collections manager at Chicago’s Field Museum, Robert Lücking is a man who knows his lichens. So he was surprised when Dictyonema glabratum, a well-studied fungi common in Central and South America, turned out to be more than he bargained for.

Lücking and his team collected and sequenced DNA from 376 samples of the leafy lichen and discovered 126 new species among them, many with striking physical differences, according to their study published in June. Because the samples were taken from only a small portion of the fungus’s natural habitat, Lücking estimates that D. glabratum might actually be more than 450 different species.

Since the lichens provide vital nutrients to surrounding plants, identifying new species is crucial to understanding and protecting tropical ecosystems, many of which are threatened by agriculture and mining. As Lücking puts it, “Before we work on issues such as conservation, we need to know what species we are dealing with.”