Monsanto's Newest Veggies Are High-Tech – But They Aren't GMO 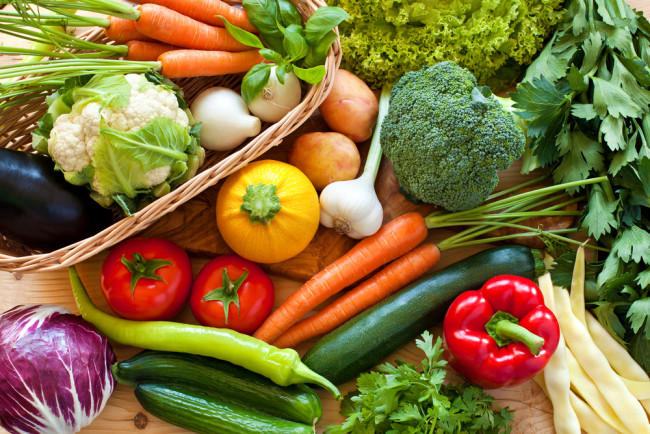 You may soon be seeing on your local grocery store's shelves some exotic-sounding new fruits and veggies created by Monsanto. There's the onion that won't make you cry, the better-for-you broccoli, and the melon that won't spoil when it's ripe. But these aren't the genetically-modified plants Monsanto has made its name on. Instead, biologists there are taking a high-tech approach to a very ancient kind of crop modification: crossbreeding. These new technological tricks allow Monsanto to speed up the process of breeding better plants---by identifying the genes responsible for desirable traits and then scanning millions of seeds to select only the genetically-promising ones to plant and breed in the next generation. Ben Paynter put the process into perspective in his Wired article about Monsanto’s veggies:

“In the real world, the odds of stacking 20 different characteristics into a single plant are one in 2 trillion. In nature, it can take a millennium. Monsanto can do it in just a few years.”

Monsanto scientists begin in the same way as farmers did in the Neolithic---breeding two plants that display desirable traits. But picking those plants is now aided by genetic knowledge. Using a trove of 40 million marker-trait associations and computer modeling, researchers can pinpoint the plants they want to breed, and predict the combination of genes in their offspring. Then, to quickly sift through those offspring, genetics is once again put to use. A machine called a seed chipper, designed by Monsanto, quickly takes tiny tissue samples from a seed without destroying it. If a seed’s traits meet certain criteria, it is planted for field testing. The chipper saves time by allowing scientists to determine a plant's genetic makeup without waiting for it to grow. By using the hyper-efficient crossbreeding technique, Monsanto has recently released these novel vegetables to the produce section:

Monsanto’s shifted focus toward non-genetically-modified varieties appears to be an attempt to appease wary customers. Consumers have been hesitant to purchase genetically modified foods, despite a lack of evidence for any health harm from GMO foods, and some grocers, like Whole Foods, have committed to labeling GMO products in their stores within the next few years. Monsanto's crossbred produce would avoid such labeling and any attendant stigma. And that, Monsanto is hoping, will burnish the company's reputation as a whole. “There isn’t a reputation silver bullet, but it helps,” Monsanto executive David Stark told Wired.