Mongoose Lookouts Carefully Weigh Risks (and Sing While They Do It) 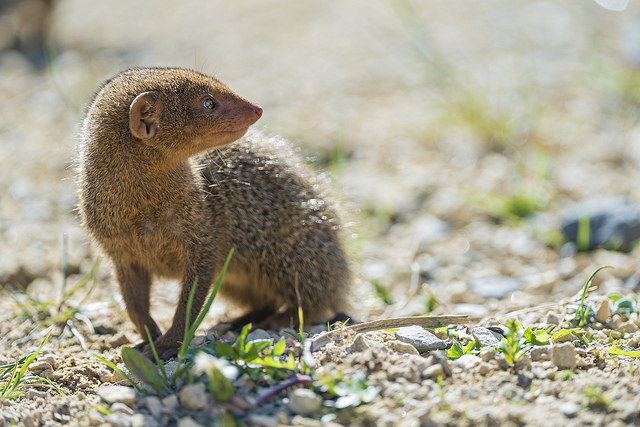 If you were assigned to watch a dozen dwarf mongooses on the savannah, would you know how to keep them safe? Or would half of them get snatched by snakes before you finished checking the dictionary to make sure they weren't really a dozen mongeese? Luckily these animals don't need us to watch their backs. Volunteers within their ranks take turns watching out for predators, and they know how to monitor a range of risk factors while doing their jobs. Dwarf mongooses (Helogale parvula) are squirrel-sized carnivores in East and Central Africa. They live and breed in social groups, with lower-ranking animals helping to raise a dominant pair's young. While they're out in the open, some members will spontaneously go on "sentinel" duty. They'll stop what they're doing, find higher ground (a tree branch, the top of a termite mound), and spend a few minutes watching for predators. If they see anything, the mongooses have different alarm calls to tell the group what type of danger approaches. Sentinels are crucial for dwarf mongooses because they mostly eat bugs, and it's hard to keep an eye out for predators while you've got your face in the dirt. Dwarf mongooses have plenty of predators, too, say University of Bristol graduate student Julie Kern and behavioral ecologist Andrew Radford. At the scientists' study site in South Africa, the little mammals are vulnerable to wildcats, jackals, civets, servals, honey badgers, larger mongooses, monitor lizards, five kinds of snake, and fourteen birds of prey. (Still want to babysit?) The researchers studied four groups of wild dwarf mongooses to see what risk factors the animals weigh when guarding each other. Do alarm calls from group members influence whether others decide to take on a sentinel shift, or how long they keep watch for? Does the type of terrain or the visibility affect where sentinels take up their posts? Do they consider the prevailing wind? Each social group of mongooses had between 5 and 17 members. The researchers kept track of individual mongooses by their distinctive facial features or scars—or, failing that, by patches of blond hair dye, which they sneakily applied with a long-handled paintbrush while the animals were busy foraging. For several months, the researchers simply observed the mongooses. They waited for animals to go on sentinel duty and then recorded every detail: the location, the individual, what was happening, what the other animals in the group were doing. Then, to focus on what triggers a new sentinel shift, the researchers experimented with sound recordings. They positioned a speaker near the mongoose groups and played recordings of other mongooses making either alarm calls or their normal vocalizations. Mongooses were more likely to jump on sentinel duty after hearing an alarm call, which makes sense. But that wasn't the only way they accounted for risk. If they heard a second alarm call while they were on guard duty, they stayed longer. If they were in a dense habitat with poor visibility, they chose guard posts that were higher up. On a breezy day, they chose a lower post. (Windy days are extra risky, the authors write, because it's harder for a mongoose to pick up sight and smell cues from an approaching predator. Sentinels may also stay low to the ground on windy ways so their companions can better hear their call, a quiet vocalization nicknamed the "watchman's song.") This shows that mongooses are flexible decision makers, Kern and Radford write. Whenever an individual opts to take a turn on sentinel duty, it makes several other decisions about how to keep everyone safe. Some of those choices have to do with the surroundings and weather conditions that day, and others are based on second-to-second information like new alarm calls from groupmates. It's not a simple job—and it's one best left to a mongoose. 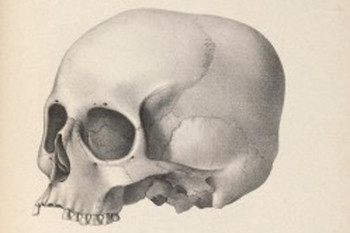