Our brains may contain a battle of the sexes that can cause schizophrenia and autism. 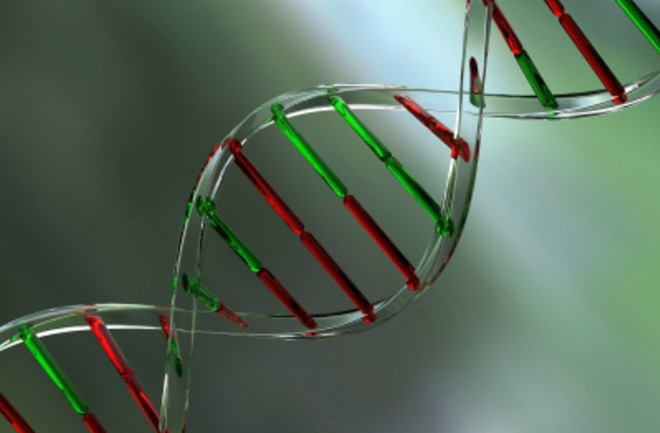 Sometimes the best way to learn how the brain works is to watch what happens when it goes awry. When one part—a clump of neurons or a brain-building gene—doesn’t do what it is supposed to, the brain may fail in an illuminating way. Its failure may even expose some of the hidden foundations of the mind.

Neuroscientists have recently become fascinated with a particularly telling pair of rare brain disorders. One was identified in 1965 by English physician Harry Angelman, who was struck by the faces of three children he treated. These children were always smiling and often laughing. This disorder, now known as Angelman syndrome, affects around 1 in 20,000 children. Along with the smiles and laughs come other symptoms, some of which overlap those of severe autism. Many children with Angelman syndrome never learn to speak or read. They also keep their bodies in motion, often flapping their hands. When they nurse they suckle desperately, thrusting out their tongue.

Another similarly rare condition, called Prader-Willi syndrome, produces a different set of symptoms. Babies with Prader-Willi nurse very little—so little that they often have to be tube fed. However, once Prader-Willi children get to be a few years old, they develop an insatiable appetite. They will try to get around any obstacle put between them and food. Their fierce hunger is driven by a malfunctioning hypothalamus, a region deep in the brain that governs hunger and growth. Instead of autism, many people with Prader-Willi syndrome develop schizophrenia by adulthood, hearing voices and generating paranoid delusions.

Despite their differences, Prader-Willi and Angelman are two sides of the same coin. Scientists have searched for the genetic basis of the two syndromes and have tracked most cases of both to defects on the same spot of the human genome, a stretch of DNA on chromosome 15. Which disease a child gets depends on which parent’s chromosome 15 carries the defect (every person’s cells contain two genetic copies, one from the mother and one from the father). Prader-Willi syndrome is caused by a mutation in a father’s genes that deletes a chunk of DNA on chromosome 15. Angelman syndrome is associated with a mutation on the mother’s chromosome 15.

If you think back to the genetics you learned in school, this pattern makes no sense. A gene is a gene is a gene. Two identical stretches of DNA ought to have the same effect on a child, regardless of which parent it comes from. But sometimes our genes break the rules of high-school genetics. The effects of dozens, perhaps hundreds, of genes depend on whether you inherited them from your mother or your father.

Dissimilarities arise because not all genes are actively expressed in our cells. Some of the genes get switched off, or silenced. Each time a cell divides and makes a new copy of its DNA, special enzymes attach caps at certain spots along the copy’s length. Those caps make it impossible for a cell to read the specific genes they are attached to. As a result, those genes can’t make the corresponding proteins. In some cases the caps are attached to only one parent’s copy of a gene. The other parent’s copy remains uncapped, free to produce proteins.

This parental silencing is known as gene imprinting, and it is turning out to be important to our health. Mutations that change the pattern of imprinting can have a big effect on our bodies. If a cell fails to imprint one of the two parents’ genes, for example, it will have two genes producing a protein instead of just one. The cell will make twice as many copies of the protein.

The discovery of gene imprinting in 1984 raised a big question: Why should genes from one parent be silenced in the first place? In 1999, David Haig of Harvard University offered a startling hypothesis. Gene imprinting, he proposed, is the result of the evolutionary struggle between mothers and fathers for reproductive success. This fight doesn’t take place between mothers and fathers themselves but between the genes that they pass down to their offspring. Natural selection favors genes that can make more copies of themselves. But the best strategy for the genes of fathers is not the same as the one that’s best for the genes carried by mothers.

For millions of years, mothers have had to invest a huge amount of time and effort in their children. The investment starts in the womb as mothers supply growing fetuses with nutrients.

Haig noted that the demands of reproduction have forced mothers into an evolutionary trade-off. If they invest a lot in one child, he or she gets bigger and healthier and more likely to survive to adulthood. But investing too much in one child can undermine the well-being of any siblings and can put a mother’s own health at risk. The most successful solution is to invest a lot—but not too much—in each child.

Fathers do not face this trade-off. As a result, natural selection should favor a different strategy for their genes. From a dad’s perspective, the more nutrients his child can get from the mother, the more likely it is that the child will grow up healthy and pass on his or her father’s genes.

Haig argued that the process of natural selection would favor mutations in the genes of fathers that boost the amount of nutrition babies get from their mothers. The genes might govern the speed at which a fetus grows, or they might make the placenta more aggressive as it penetrates the mother’s tissues.

As fathers passed down these growth-stimulating genes, Haig continued, mothers would benefit from counterstrategies. They might evolve genes that slow the rapid growth of their children, in order to preserve their own long-term health. Moms could also evolve to imprint (deactivate) their copies of the genes that increase growth. Haig’s imprinting hypothesis still generates a lot of debate, but there is now considerable evidence to back it up.

What is particularly remarkable about imprinted genes is that a lot of them play a role in shaping the brain. Some of them, in fact, are active only in the brain. How could the conflict between mothers and fathers play out in our heads? Two evolutionary biologists, Bernard Crespi of Simon Fraser University in Canada and Christopher Badcock of the London School of Economics and Political Science, have been exploring imprinting disorders like Angelman and Prader-Willi syndromes to get some clues. They have come up with a bold idea: Our minds, too, are shaped by conflict between our parents’ genes.

Crespi and Badcock extend Haig’s ideas beyond birth by arguing that imprinting brain genes can influence the behavior of children, and this behavior can be beneficial to mothers or fathers. Mothers have to spread limited resources among all their children, and so favor offspring with moderate demands. If a mother spends all her time nursing and caring for one child, any other children she has will suffer.

Fathers, meanwhile, can boost their reproductive success if they pass to their children genes that cause them to get more resources from their mothers. The children may nurse more, for example, or demand more attention. Imprinting and silencing those genes can benefit mothers, because they can blunt the demand. Fathers could also silence brain genes for their own evolutionary benefit.

Each of these new adaptations is like a tug in the tug-of-war between parents. Under normal conditions, each tug can bias a child’s behavior only a little toward one parent. But sometimes mutations arise that disable entire genes from one parent. It is as if one of the parents suddenly let go of the rope and it flew toward the other side.

Angelman and Prader-Willi syndromes arise from mutations to imprinted genes—and they alter behavior in just the ways Crespi and Badcock would predict. In Angel­man syndrome, the mother’s genes are silenced, allowing the father’s genes to act without any restraint. Children with Angelman try to nurse more than average children do. The smiles and laughter that are associated with Angelman may also come from attention-grabbing strategies encoded by paternal genes.

Prader-Willi emerges from an opposite breakdown, in which the father’s DNA in the same segment of chromosome 15 is deleted. Many symptoms of Prader-Willi make sense as exaggerated versions of strategies that benefit mothers. Babies with Prader-Willi syndrome make few demands on their mothers—so few that they risk starving themselves. Only after they finish weaning does their insatiable hunger emerge.

Crespi and Badcock have identified several other imprinting disorders that have a similar mother-father symmetry (including Klinefelter’s syndrome, in which the body contains one or more extra copies of the X chromosome). What is striking about them is that the father-leaning disorders tend to produce autistic symptoms, while the mother-leaning disorders tend to produce schizophrenic ones. It is possible that autism and schizophrenia themselves are partly the result of conflicts between parental genes, Crespi and Badcock say.

Children with autism, which shows signs of being a father-dominated imprinting disorder, are more likely to have had placentas that grew aggressively in the womb, for example. Schizophrenia appears to be influenced by mother-dominated genes, some studies associating schizophrenia with low birth weight and slow growth, both of which can benefit mothers.

One of the most striking contrasts between autism and schizophrenia is how they affect the ability to understand others. Autistic people have a difficult time figuring out what other people are feeling. Schizophrenic people, on the other hand, sometimes do too good a job. They may come to believe that a refrigerator is talking to them, for example, or that people are conspiring against them.

Crespi and Badcock propose that these symptoms result from the genetic conflict. Empathetic children can see how frazzled they’re making their mothers and how much attention their siblings need. Maternal genes should therefore boost our abilities to get inside other people’s heads. Paternal genes, on the other hand, may benefit by reducing these distractions from the business of getting more resources from mothers.

What about the rest of us? “Between these extremes would sit normal cognition,” Crespi and Badcock say. The same conflict that gives rise to autism and schizophrenia may be at work in all of us, nudging us one way or another on the spectrum from father-brain to mother-brain.