Drier winters (not summers) may be behind their transition to grasslands, highlighting the crucial role of winter precipitation in sustaining tree-cover. 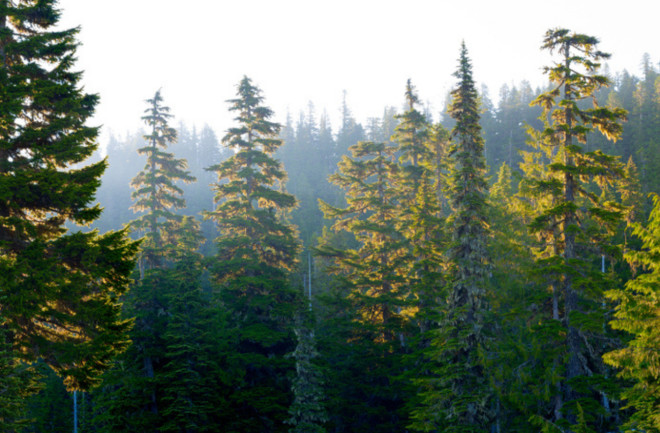 More than 26 million years ago, west-central North America's grasslands didn’t exist. Instead, denser forests spanned the region, even extending eastward to the 100th meridian — the line famously identified by John Wesley Powell of the U.S. Geological Survey in 1878 as separating the dry and humid areas of the continent.

Over time, however, the climate changed, and this tree-dominated landscape transitioned to the open-habitat grasslands that today include the Great Plains. Why?

“The common explanation is that drier summers caused the transition because the new plants resemble those found in places that have a warm, dry season,” says Tyler Kukla, a paleoclimatologist at Colorado State University. But while completing his PhD at Stanford University, Kukla and a team of researchers instead found that drier winters were the driving force.

This result, published in AGU Advances earlier this year, is in line with other studies that have shown trees in the mid-latitudes use more winter moisture than summer moisture to grow. “The ability of trees to tap into groundwater sourced from snowmelt and rain throughout the year to maintain their water budget in the growing season has become much clearer,” says Paul Koch, a paleobiologist at the University of California, Santa Cruz, who was not involved with the study.

Studying past ecological changes provides an important perspective when it comes to understanding present and future changes. For example, winter precipitation in the western U.S. has decreased over the past few decades due to climate change; that means less water for the trees that survive in wetter, higher elevation areas and potentially less tree-cover in the future.

During the forest-to-grassland transition that took place millions of years ago, drier winters would have meant many trees became water-stressed and eventually replaced by grasses that didn’t need as much water to survive. As for what caused these drier winters, Kukla says one explanation is the formation of the Cascades: a major mountain range in western North America that could have blocked moisture-laden winds blowing from the Pacific Ocean.

“West of the Cascades, there would have been incredible temperate rainforests,” explains Koch. But by the time these winds reached farther inland, there was likely little moisture left to fall as snow or rain.

Pieces of the Puzzle

To determine past seasonal effects on the transition to grasslands, Kukla and his team examined oxygen isotopes left behind in clay and carbonate minerals by rain or snow. Because the ratio of these isotopes varies depending on the season — and because clays and carbonates form at different times of the year — changes in precipitation are sometimes recorded differently in each mineral.

In this case, the researchers found that the oxygen isotope ratios increased between 26 and 15 million years ago — but only in clay. “There are only a few factors that can change one mineral without changing the other, and drier winters are the biggest and most obvious,” says Kukla. Koch adds that the drier winter signal doesn’t ebb and flow over time the way other possible factors, such as the back-and-forth changes in global temperatures, might have.

The team also established a clear link between a drier cold season and changes in the vegetation: tiny silica crystals inside preserved leaves showed a shift to open-habitat plant species over time. Although the study can’t rule out all the factors that might have contributed to the transition, the results provide a clearer explanation of what drove the expansion of grasslands. “This emphasizes the fundamental challenges," says Kukla, "that [today’s] western forests face when winter water is limited."