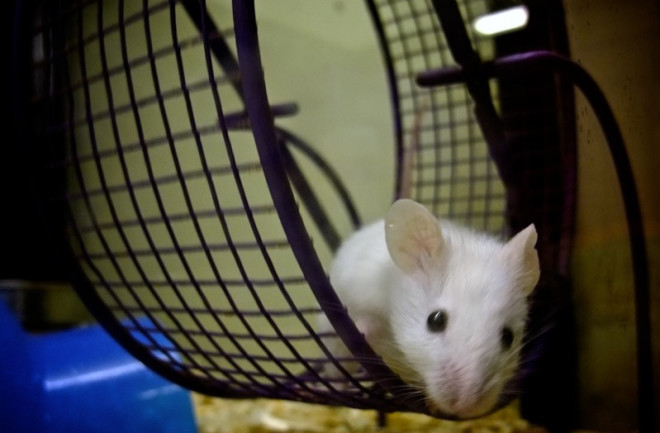 To get mice moving in the laboratory, scientists studying the effects of exercise often put them on a wheel. But researchers have long wondered—do mice naturally have the urge to run in the wheel, or is it a neurotic response to being in captivity? If it’s the latter, the results of mouse-based exercise studies could be skewed.

A new study answered this question by placing an exercise wheel in the wild. Researchers found that not only mice, but also rats, shrews, frogs and slugs will make use of a wheel for fun.

Researchers at Leiden University Medical Center in the Netherlands set up a wheel enclosed in a small cage in two different settings—a patch of vegetation in an urban area and a grassy spot in a natural dune. Then they outfitted the wheels with motion detectors and night-vision video cameras to monitor activity in the cages around the clock. For most of the first two years of the three-year study, they left food in the cages to lure the mice in, but toward the end of the second year, the mice stopped being fed.

In analyzing more than 12,000 videos of mice in the cages, the researchers saw that the feral mice did, indeed, hit the running wheel of their own accord. The mice “were seen to leave the wheel and then enter it again within minutes in order to continue wheel running,” Meijer and Robbers wrote in the study, published yesterday in the Proceedings of the Royal Society B.

They ran on the wheels year-round, but were especially active in the summer in the urban area, and in late autumn in the dunes. Even after the researchers took the food away, the mice kept running, which suggests they weren’t drawn by the reward. Other animals also took a spin on the wheel.

Why Do Mice Run?

The feral mice ran for about the same length of time that lab mice typically run—between one and 18 minutes. Their pace was a little slower on average, although some feral mice proved to be speedier than their confined counterparts.

“Our results indicate that [wheel running] is neither restricted to captivity nor occurring for longer durations in captive mice of at least six months old than in free-ranging mice in the field,” the researchers wrote.

So mice, wild or captive, will take to the wheel voluntarily. That’s good news for exercise research. But why do mice run in wheels? Maybe for one of the same reasons people do: an endorphin rush.

“Wheel running can be experienced as rewarding even without an associated food reward,” the researchers wrote.