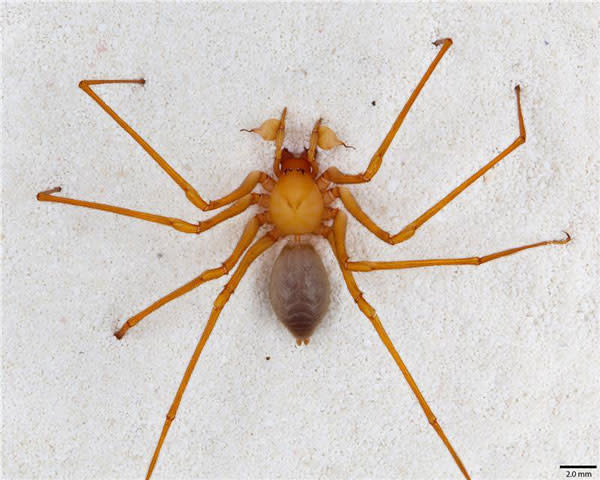 in caves in the Pacific Northwest is an odd beast: not only is it a new species, it's got its own genus

to itself. Up to three inches wide with its legs extended, it sports long, sharp claws that suggest it's a keen predator of some sort, but scientists currently have no idea what it eats. It was discovered hanging from rather messy webs on the ceilings of caves, as well as in undergrowth in redwood forests. Its genus name, Trogloraptor, means cave robber. Former 80beats blogger Doug Main, now at Our Amazing Planet, has interviewed the scientists who made the discovery and has plenty more interesting details. Head on over to learn more

, and to see pictures of its claws.