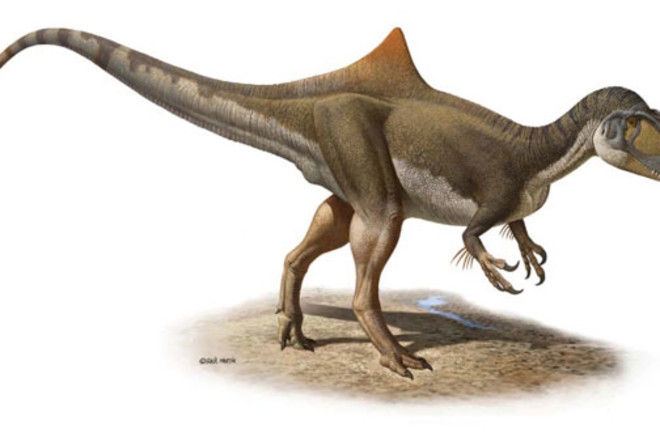 Dinosaur bodies are covered in all sorts of spikes, horns, plates that were used for defence, combat and identification. But sometimes, these body parts are so bizarre that their purpose is a mystery. The latest in these strange projections belongs to Concavenator, a new giant predator with two spikes sticking up from the vertebrae just in front of its hips. They would probably have given the dinosaur a strange hump on its back.

Read the rest of this post at Not Exactly Rocket Science.

80beats: Scientists Blow Up Super-Hard Rock to Get to Dinosaur Skulls

Discoblog: What You Get When You Name a New Dinosaur Over Beers: Mojoceratops