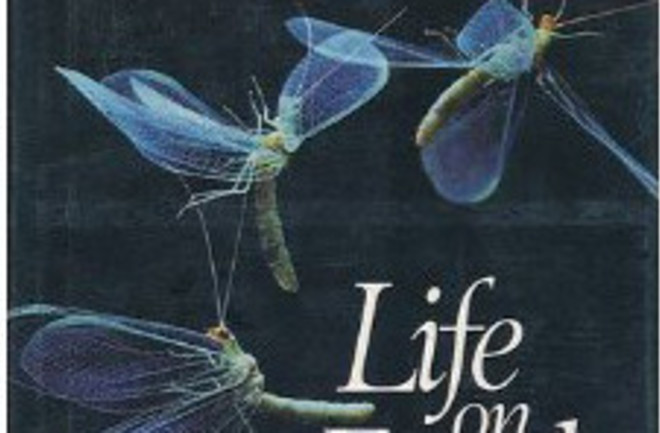 John Hawks does a good job hitting back the balls hanging just over the plate. There are still many parts of the world where 95-99 percent of babies being born do not reach adult. Second, there is still a great deal of variation in fertility. Some people choose not to have any children, while others are quite prolific. For adaptation by natural selection to occur what you need is heritable variation of some sort to correlate with this fertility variation. It seems highly plausible that indeed heritable variation does correlate with fertility variation. As John notes the advancement of genome sequencing over the population will probably answer these questions definitively within the next 10 years (e.g., I am willing to bet that siblings who score higher on impulsiveness and lower on IQ tests will be more reproductively fit than their less impulsive and more intelligent brothers and sisters).

But there are at least two further issues which also are important to keep in mind. First, it is not definitely established that selection is the primary motive engine behind evolutionary processes. This aspect is philosophically subtle, and overall I am probably a 'selectionist' of some sort at the end of the day, but on the molecular scale there are many partisans of the model that evolutionary change is driven by neutral random-walk forces. And there are those who would defend this position even for phenotypic characteristics.

A bigger issue that comes to mind is that there is a great deal of prenatal selection in the womb due to mutation. The spontaneous abortion rate is difficult to ascertain because many women are never aware they are pregnant if the zygote does not implant, but somewhere on the order of 50% of fertilizations never make it to term*. A great fraction of this is due to abnormalities such as an aneuploidy, but certainly there must be more subtle mutations which increase the odds of miscarriage, even if they do not guarantee it**. A simple model where selection does not operate upon individuals once they are born is that burden of deleterious genetic load will simply be carried over to prenatal stage of development in the next generation. The only way to avoid this recurrent injection of deleterious alleles into the germ line and mutational abnormality is to engage in some proactive intervention during meiosis, or sift through the gametes prior to in vitro fertilization.

One of the implications of this model is that if genetic load is increasing in developed populations then the frequency of chronic illnesses that elevate morbidity is going to go up. But a more clear effect might be increased fertility issues across the population, as people with higher mutational load have to pay the bill of deleterious alleles finally coming due. Humans may be able to abolish some of the less palatable aspects of natural laws, but they can not overturn nature itself.

And yet in this case natural selection prevents populations from changing through constraint, and change is a common sense understanding of evolution. Perhaps I've actually made Attenborough's point for him? If selection did not operate upon pregnancies, then mutations would continue to build up in the population. That would certainly result in phenotypic change! The take home lesson is that though the fact of evolution, most commonly thought of as phenotypic change within populations and ultimately speciation, is clear and easy to understand, the mechanistic details of the process of evolution is more difficult to grok. That explains why Attenborough, and Steve Jones, continue to fall into these elemental errors of inference.

* I am a bit cagey because another variable are elective abortions, which vary nation to nation as a fraction of pregnancies.

** Aneuploidy is known from fetuses retrieved from miscarriages.