The progress of science is important, but when the cultural significance of the place we work are ignore, we all lose. 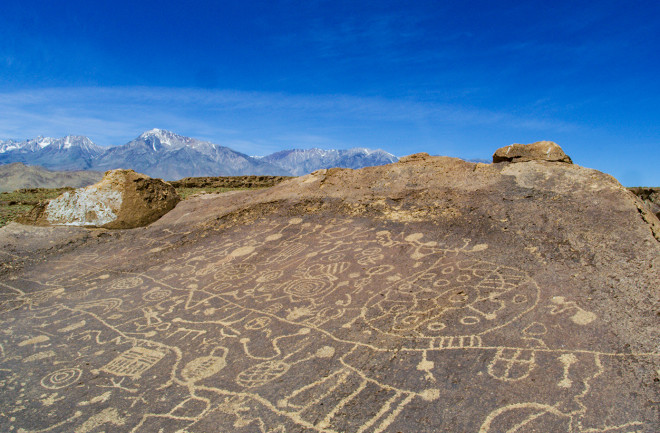 Let's get things straight. I love science! I'm a scientist and my research involves both fieldwork and labwork. There is the tendency for the general public to think that the Earth Sciences are only field-based, but that's not true at all. That being said, the disciplines within the Earth Sciences were born out of field explorations to observe, measure and sample the rocks of the planet.

So, when I say this, I say it coming from a practioner within the Earth Sciences. When you are a scientist doing fieldwork, you do not have free reign to do whatever you want "in the name of science." Your research agenda does not supercede everything else, even if you really, really want that sample.

When scientists like psychologists and biologists work with living creatures, they must get permissions to make sure they are treating their subjects ethically. The same level of rigor for such training isn't required legally if you are doing Earth Science fieldwork ... but it should be. Every Earth scientist who works in the field should be aware that what they are doing and where they are doing impacts more than just their data set.

A recent article in the Los Angeles Times brought to light the number of times research universities have been fined for damaging Native American sites while doing their fieldwork. Dr. Joseph Kirschvink (Caltech) was the primary culprit in the exposé, putting dozens of holes in outcrop nearly on top of petroglyphs near Bishop, California.

Imagine a scientist from another planet coming into Earth and just drilling holes without permission into the Vatican or Mecca or the like. Yet, this is exactly what many Earth scientists do in the field, without regard to what is cultural or social significance of the site.

This is a product of a mypoic view that "pure science research" must go forward. If that sacred outcrop has the sample I need, then it is my duty as scientist to get it so my research can move forward. This is a very colonial and limited view of how science should work. Just like there are rules to do ethical and safe labwork, the same needs to exist for fieldwork.

When I have done fieldwork in National Parks, I have had to fill out lengthy and tedious applications to sample. I have complained that it seems ridiculous that I have to follow all sorts of rules to sample rocks of all things. There are plenty of rocks, why bother? Why do I have to promise to only take half a soccer ball's worth of rock, only sampled from places not in view of trails and with minimal damage to the outcrop?

Part of this is clearly aesthetic. Nobody who visits a National Park for its beauty wants to see a bunch of people hammering away at the landscape, or see the remains of a massive excavation. However, part of it is also respect for the land as well, and to some extent, to the people's who came before us on the land. Many areas around volcanoes are sacred, so desecration, even in the name of "science", should be avoided.

So, what might have prevented incidents like this from happening in the first place? It seems clear that having local input on where you are going to do your sampling in fieldwork, especially in areas of known cultural significant is vital. Sure, you might be irritated by the extra step or being told "no, not there", but desecrating sites that are hundreds or thousands of years old is much worse.

This local expertise might be in the form of members of local tribes if you are in such areas, it might be local conservation officials, historians or guides. It could even be reaching out to geologists who live and work in the area to understand the full context of your fieldwork. Even if you can't find local expertise to help guide you, just use your eyes. Are there clear signs of significance? Choose somewhere else to sample.

It is sad to think that areas of cultural heritage can be damaged because someone thought their science was more important. Like I said, science is important. Yet, choosing to ignore the greater context of working in the field in an area that is a shared resource, like your research is the only use that site might have, is negligent at best. At worst, it propagates some of the worst streaks of cultural ignorance that Western science has to offer.