The archaeological find highlights how different the history of the United States could have been. 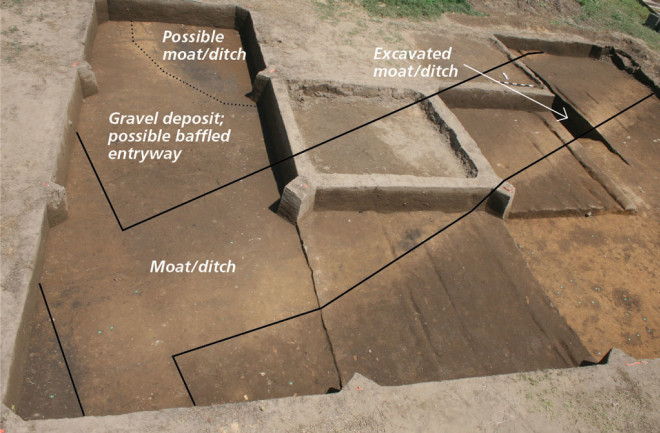 Yet in excavations, Beck could find no telltale evidence of bastions or palisades — just the remains of five Spanish houses, inexplicably close to a Native American mound.

So Beck and colleagues trained magnetometers on the earthen mound, which revealed a startling contrast between the magnetic properties of the soil and unusual structural frames beneath it. By June, the archaeologists realized they’d stumbled on their buried treasure: the makings of a classic European fort, complete with a moat.

The 16th-century fortifications survived only a year and a half before a neighboring Mississippian tribe burned the Spanish settlement and killed all but one of the soldiers.

Had the fort lasted a little longer, or the soldiers stumbled upon the gold-laden creeks nearby, Beck conjectures, everything south of the Mason-Dixon Line could have been claimed by Spain: “The Spanish crown would have basically brought all the forces of colonialism right down on top of the Carolina Piedmont.”