Lion Die-Off Shows How Climate Change Can Cause Epidemics 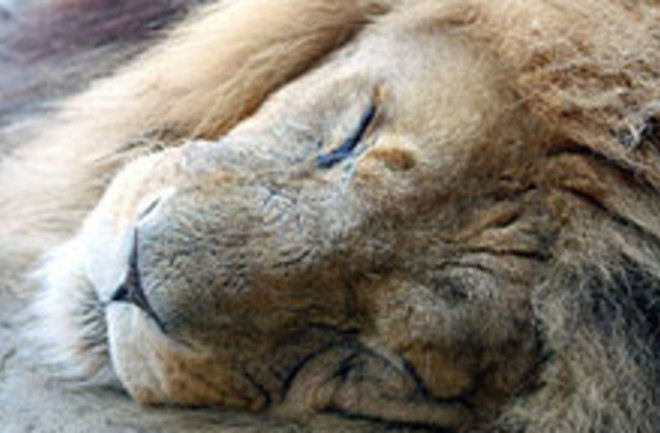 When researchers warn of the dire consequences of global warming, they often mention that disease patterns for both humans and animals will change in a warmer world. In the most obvious scenario, infectious disease carriers like mosquitoes may increase their ranges, bringing tropical disease to northern climes. But there will also be far more subtle examples of the interplay between climate and disease, and researchers say they've found an early case that may be a harbinger of what's to come. It's not a canary in a coal mine, but rather a lion in the Serengeti. A research team from Minnesota studied data from two extreme die-offs of lions; a 1994 incident when almost one-third of lions in the Serengeti National Park died, and a similar incident in the nearby Ngorongoro Crater area in 2001. Researchers found that those lions were infected by two diseases that usually occur in isolation. In 1994 and 2001, however, a "perfect storm" of extreme drought followed by heavy seasonal rains set up the conditions for the two diseases to converge, the study said

In the report, which appears in the journal PLoS ONE, lead researcher Craig Packer explains that the lions

had been fighting off an outbreak of the canine distemper virus, which had suppressed their immune systems [Reuters].

But the years of 1994 and 2001 brought another factor to bear: Extreme droughts threw the Serengeti's ecosystem out of balance, and exposed the lions to a tick-borne blood parasite called Babesia.

Herbivores were starving at the time, which made them vulnerable to ticks. Cape buffaloes--a key lion prey in Tanzania--were "covered with ticks and barely able to even scratch themselves," Packer recalls. As lions feasted on the dying animals or their carcasses, ticks "jumped ship" and latched onto the lions, he says. That exposed the lions to a Babesia onslaught that, as a result of CDV immune suppression, they couldn't handle [ScienceNOW Daily News].

As more extreme weather events (including floods, droughts, and hurricanes) are predicted for a warmer world, it's likely that we'll see more cases like this in the years to come.