Like Humans, Plants Fare Better When They're Among "Family" 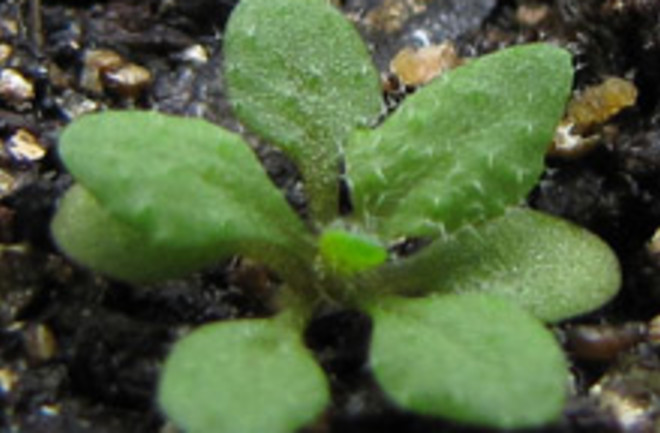 In 2007, Canadian researchers amazed us with the discovery that plants can distinguish whether nearby plants are their siblings —in other words, if they’ve grown from seeds from the same source. Now, University of Delaware professor Harsh Bais has identified just how plants do this: by secreting chemical signals to other plants. Plants grow more horizontal roots when they're in the presence of "strangers," better enabling them to compete for necessary nutrients. However, when plants are near their "siblings," they grew fewer roots—leaving researchers to think that plants don't need to grow as many roots to survive when they know they're among "kin." In a series of experiments, the researchers exposed young seedlings of Arabidopsis thaliana to the root secretions from their "siblings" as well as to those of "strangers." When exposed to unfamiliar root secretions, the test plants grew more roots. However, when the plants were around kin, they "knew" that they would be competing for nutrients, so their roots didn't grow as much. Additionally, when the researchers treated the first group of plants (the ones next to strangers) with sodium orthovanadate—a chemical that stops secretion but doesn’t stop roots from growing—the plants seemed to loose their sense of "strangers." Physorg reports:

"Plants have no visible sensory markers, and they can't run away from where they are planted," Bais says. "It then becomes a search for more complex patterns of recognition…” Bais says he and his colleagues also have noticed that as sibling plants grow next to each other, their leaves often will touch and intertwine compared to strangers that grow rigidly upright and avoid touching. The study leaves a lot of unanswered questions that Bais hopes to explore further. How might sibling plants grown in large "monocultures," such as corn or other major crop plants, be affected?

In a related study, when plants were planted next to "strangers," their growth was stunted—because all their energy was spent growing more roots, the rest of the plant suffered. Siblings, on the other hand, fared better overall. So like humans, plants often do best when they're among family. Related Content: DISCOVER: Plant Migration Tied to Climate Change Discoblog: Your Plant Might Have More Twitter Followers Than You