Leigh Van Valen, RIP: The man behind the Red Queen 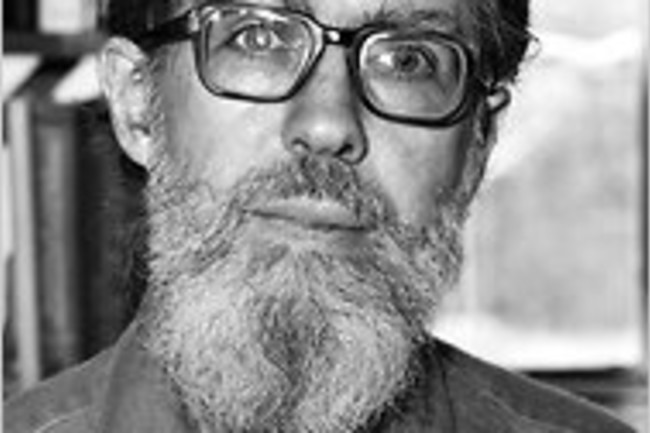 In the New York Times, Douglas Martin has a fine obituary of one of the more intriguing figures in the history of evolutionary biology, Leigh Van Valen:

His beard, it was said, was longer than God’s but not as long as Charles Darwin’s. Thousands of books teetered perilously in his office, and a motion-sensitive door startled visitors with cricket chirps. He took notes on his own thoughts while conversing with others.

The evolutionary biologist Leigh Van Valen’s eccentricities were legend far beyond the University of Chicago, where brilliant and idiosyncratic professors rule. He named 20 fossil mammals he had discovered after characters in J. R. R. Tolkien’s fiction, and his most famous hypothesis — among the most cited in the literature of evolution — was named for the Red Queen in Lewis Carroll’s “Through the Looking Glass.”

That hypothesis helped explain why organisms, competing for survival, developed two sexes. It did not explain why Professor Van Valen gave better grades to students who disagreed with him — provoking an instant evolutionary adaptation in the tone of student essays — much less why he wrote songs about the sex lives of dinosaurs and paramecia.

Be sure to read the rest

. (One clarification worth making: the cells Van Valen thought should be named their own species were none other than HeLa cells, derived from Henrietta Lacks, the subject of Rebecca Skloot's recent bestseller