It's Not The Size Of The Fish

Scientists spar over who's got the smallest. 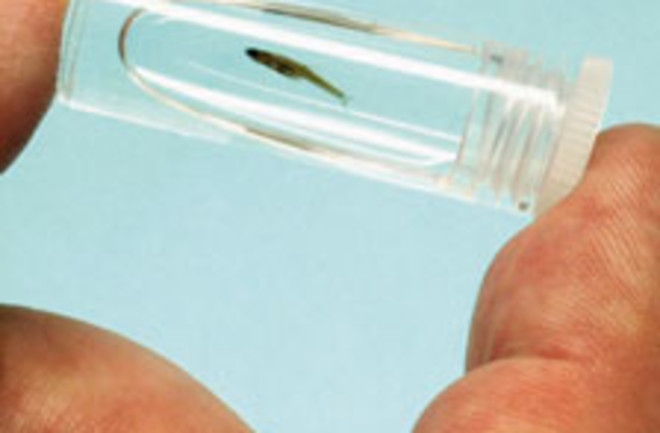 At one-third of an inch, the newfound Indonesian fish Paedocypris progenetica (right) is the world's smallest vertebrate, says Ralf Britz of the Natural History Museum in London. Other scientists protest that theirs are dinkier. An infantfish found around the Great Barrier Reef is longer, but researchers at the Australian Museum insist that it is not as big around. A quarter-inch-long male anglerfish from the Philippines is unquestionably the shortest fish, and he is all man—literally. "His testes are so big they entirely fill the body cavity," says biologist Ted Pietsch of the University of Washington. The male anglerfish spends his adult life attached by the jaws to a seven-times-longer female who does all the hunting and swimming while the male takes care of insemination. Britz wants to disqualify the species on the grounds that the female anglerfish is too big, but Pietsch sticks up for the little guy: "He's not just a degenerate flap of skin."