Iron Man Statue Was Molded From a Meteorite, Nabbed by Nazis, and Now Scrutinized by Scientists 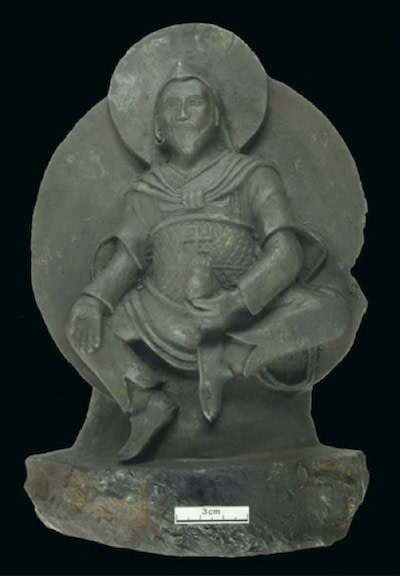 This is an ancient Tibetan sculpture. Carved from an even older meteorite. Discovered by a Nazi archaeological expedition. And no, it doesn't play a key role in an Indiana Jones movie. According to a new paper in Meteoritics & Planetary Science

(gloriously titled “Buddha from space”), the elements that compose a 23-pound Tibetan statue (even more gloriously nicknamed “Iron Man”) match the composition of known fragments from the iron Chinga meteorite

. This space object hit Earth between 10,000 and 20,000 years ago, near the Chinga stream on what is today the border of Russia and Mongolia. Although meteorites have been formed into weapons, jewelry, and art before, the Iron Man statue is the only known human figure to be crafted from a meteorite, which makes it truly priceless. The researchers suggest that an 11th-century Tibetan artist chiseled the sculpture as a representation of the Buddhist god Vaiśravaṇa. About 900 years later, in 1938, a Nazi archaeological expedition

went to Tibet to investigate Aryan origins and early religion. They found the Iron Man and, perhaps attracted by the swastika on the figure's torso---which, while widely seen today as the symbol of Nazism, was in fact adopted from an Indian religious sign

---brought the statue back to Germany. Unaware of the statue's extraterrestrial roots, the archaeologists let the Iron Man enter a private collection, and it wasn't until 2007 that a new owner picked it up and brought it to scientists for analysis. Luckily for all who came in touch with the sculpture, it hasn't melted anyone's face off