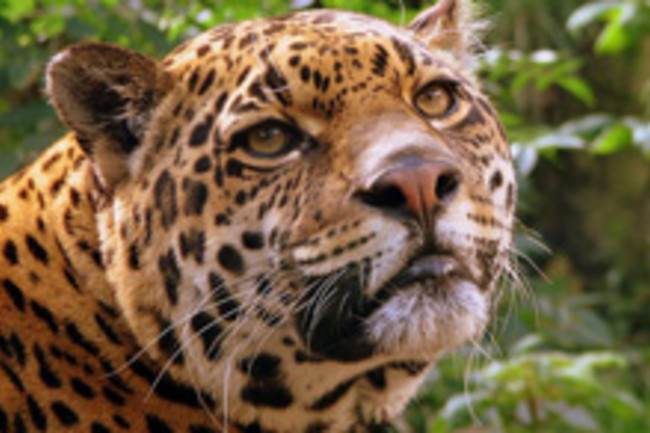 A criminal investigation has been launched into the capture and death of Macho B, the last known wild jaguar in the United States. He was at least 15 years old, making him the oldest wild jaguar ever reported. He was first captured in a leg-hold snare outside Tucson, Arizona, on February 18. Described as healthy, he was tranquilized and fitted with a radio-collar by which he could be tracked by satellite, and released. On March 2, when wildlife officials decided he was in poor health, they recaptured him with tranquilizing darts and flew him to the Phoenix Zoo. He was euthanized at the zoo the very same day because a veterinarian said Macho B had irreversible kidney failure. Questions were soon raised about the circumstances of the incident. Macho B had been observed by remote cameras, but conservationists had argued that no attempt should be made to snare the animal, especially considering his age. The Arizona Game and Fish Department "did not authorize or condone intentional initial capture of this jaguar," it said in a statement [The New York Times]. However, a biologist who was working as a consultant to the department, Emil McCain, may have instructed an employee to snare the jaguar. A field technician claims that McCain gave her female jaguar scat in February, and told her to place it at the snare trap site. The scat had been used several times to attract Macho B to come within camera range [The New York Times]. McCain has denied the allegation. Wildlife officials are also investigating whether stress from his capture had caused or exacerbated Macho B's condition. A necropsy was performed, and [on March 4] Phoenix Zoo Executive Vice President Dr. Dean Rice [said] the capture probably played a key role in the jaguar's death [Los Angeles Times]. The U.S. Fish and Wildlife Service, which bears legal responsibility for the protection of endangered species including the jaguar, has now launched an investigation to "look at all aspects leading up to the trapping of the animal all the way through to the decision to euthanize it" [The New York Times]. The investigation will probe into a number of issues, including whether Macho B's capture was legal, and whether it was intentional or not; the factors that led to the recapture of Macho B; his state of health before being euthanized; and why a more thorough autopsy was not performed, instead of what was called a cosmetic necropsy that was designed to preserve the jaguar's hide so it could be used for scientific, educational or religious purposes [Arizona Daily Star]. The fate of the jaguar in this country is now in the hands of Interior Secretary Ken Salazar, the nation's point person for safeguarding our natural treasures. While recovery plans are standard for animals on the US list of endangered species, Interior's Fish and Wildlife Service unsuccessfully argued in court that it need not restore the jaguar since most of the species occurs outside of the United States [Boston Globe]. Related Content: 80beats: The World’s Endangered Species List Is Endangered 80beats: Obama Brings Experts Back to Endangered Species Policy