In the Philippines, A Bright Purple New Crab Species 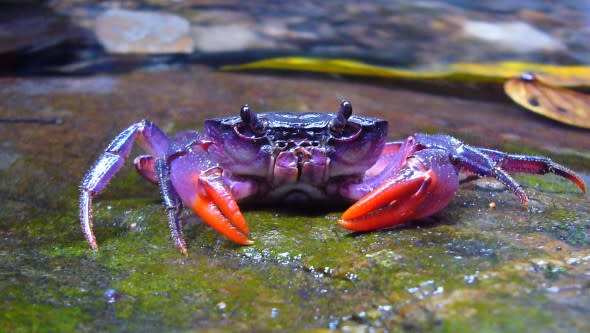 In the 1980s, scientists identified a crab species in the Philippines and gave it the delightful of name of Insulamon unicorn. Twenty years later, scientists have found some of its cousins

(pdf): four new freshwater crab species in the same genus. This purple one with red-tipped claws is I. palawanese. Isolated on the island, the Insulamon have evolved to live in freshwater rather than seawater, hiding out under roots and rocks near stream beds. This little guy is remarkably colorful and easy to spot, despite being less than two inches across. [via Discovery News