Near the Arctic Circle, a group of Neanderthals may have persisted for thousands of years after the rest of their species disappeared. 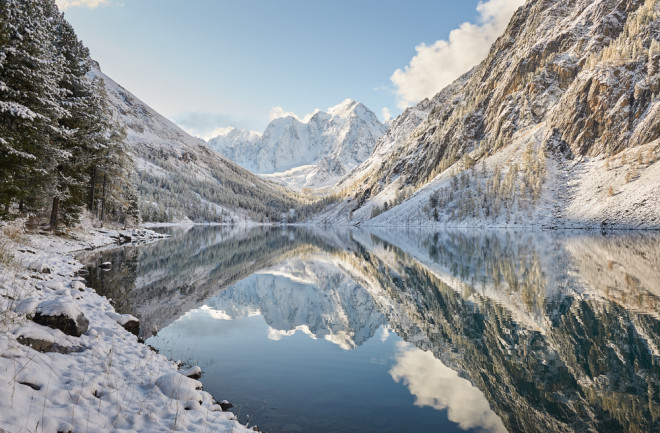 In the Siberian north, a group of Neanderthals may have made a last stand thousands of years after the rest of their lineage had died out. But the evidence is murky. (Credit: YURY TARANIK/Shutterstock)

For some 200,000 years, Homo sapiens and Neanderthals coexisted on Earth. But then, around 40,000 years ago, Neanderthals disappear from the fossil record, never to be seen again.

That’s when most archaeologists think our evolutionary cousins went extinct, based on exhaustive reviews of radiocarbon dates associated with Neanderthal fossils and artifacts. There’s no uncontested evidence for the species persisting past that time.

But what if some Neanderthal communities, in remote reaches of Eurasia, lasted longer?

One team of researchers says they’ve found such a case: the site of Byzovaya, in Russia’s Ural Mountains. According to their 2011 study, Neanderthals survived there until about 31,000 years ago — 9,000 years after the presumed extinction date. Not only would these hardy few constitute the longest-lasting Neanderthals, they’d also be the farthest north — nearly 700 miles beyond the species’ known northern limit. Seclusion could have shielded the group from extinction, at least for a few more millennia, and delayed their discovery by modern-day archaeologists.

But other researchers reject this notion and maintain that modern humans, not Neanderthals, inhabited the site. Today, nearly a decade after the debate unfolded in Science, the matter remains unsettled.

Let’s review the case for Neanderthals’ last stand in the far north.

About 1,000 miles from Moscow, Byzovaya sits on a river bluff in the foothills of the Ural Mountains, which form the border between Europe and Asia. At 65 degrees latitude, the site is about 100 miles shy of the Arctic Circle.

Beginning in the 1960s, Byzovaya has been excavated several times by different research groups. Over the years, archaeologists have unearthed more than 300 stone artifacts and 4,000 animal bones, mostly from woolly mammoth. Handcrafted tools and butchered bones prove some kind of humans (a group that includes Neanderthals) were once there, but leave unanswered the mystery of who these people were.

The latest investigation, by a French-Russian team, produced 33 radiocarbon dates from animal bones found with the artifacts. The new data suggest the finds are 31,400 to 34,600 years old. On its own, that result is exciting, but also agrees with expectations: Other archaeological sites 30,000 to 43,000 years old dot the Urals. And a few sites this age or slightly older have been found even farther north, within the Arctic Circle. Most researchers assume H. sapiens alone occupied these locales — that only our species had the smarts and technology (like tailored clothing and boots) necessary to survive at such high latitudes.

But the Byzovaya study caused a stir because of its other, more provocative conclusion. The artifacts were made by Neanderthals — the last and northernmost of their kind.

The trouble with the claim: No Neanderthal — or any human — fossils have been found at Byzovaya. Just stone tools and animal bones. To definitively prove a Neanderthal presence, researchers would need bones bearing Neanderthal DNA.

Lacking this, the conclusion comes from analysis of the 313 stone artifacts recovered from Byzovaya. Based on comparisons with well-accepted Neanderthal sites in central and eastern Europe, the scientists contend the tool types and style of craftsmanship are distinctly Neanderthal. Contemporaneous H. sapiens in Eurasia didn’t make stuff like that, they argue.

The reasoning may sound flimsy, but archaeologists routinely use artifact style to infer the presence of ancient human species or cultures. Human fossils are really rare. Most sites only have artifacts. For better or worse, artifacts often provide our best guess of who was there at fossil-free sites. (Trust me, I wrote a dissertation on the matter.)

Which brings us back to the stalemate over Byzovaya. Different researchers, viewing the same material, came to differing conclusions. Another group of stone-tool experts thinks the finds more closely resemble artifacts from similarly aged sites in western Russia that have H. sapiens skeletons. In this view, Byzovaya was just another modern human spot.

To date, there are still no DNA-bearing human fossils from Byzovaya. But ancient genomes have been recovered from other sites, which figure into the debate. There’s now DNA data confirming, beyond doubt, the H. sapiens status of skeletons from two western Russian sites (Kostenki and Sungir) with artifacts similar to those from Byzovaya. This strengthens the case that H. sapiens occupied Byzovaya.

Except that the sites are not that close: From Byzovaya, it’s more than 700 and 1,000 miles to Sungir and Kostenki, respectively. They’re just the sites nearest in both time and space, with fossils as well as similar-looking artifacts.

And the nearest sites with DNA-confirmed Neanderthals are roughly double the distance, far to the south (Okladnikov, Denisova and Mezmaiskaya).

We still don’t know which humans left artifacts and butchered animals at Byzovaya. They may have been Earth’s last Neanderthals or modern humans venturing polar-ward. Alternatively, the group could have comprised a mix of Neanderthals and H. sapiens, or even another type of human, like Denisovans.

Given the vastness of the Eurasian landmass, it’s highly possible some groups of Neanderthals persisted in remote pockets — missing the memo their species was destined for extinction.