In Memoriam: Koko the Gorilla

The sign-language-speaking ape passed away this year. 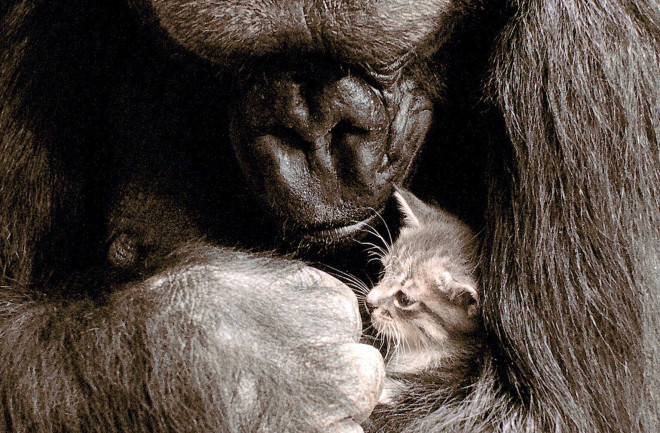 For more than four decades, Koko the gorilla and her American Sign Language (ASL) skills captured the public’s attention. Born in 1971 at the San Francisco Zoo, the western lowland gorilla began learning ASL the following year from Penny Patterson, then a graduate student in psychology. Koko, shown here holding All Ball, a kitten she named herself, raised awareness of her critically endangered species through frequent media appearances, and reshaped attitudes about animal intelligence. She died in her sleep on June 19, at age 46.