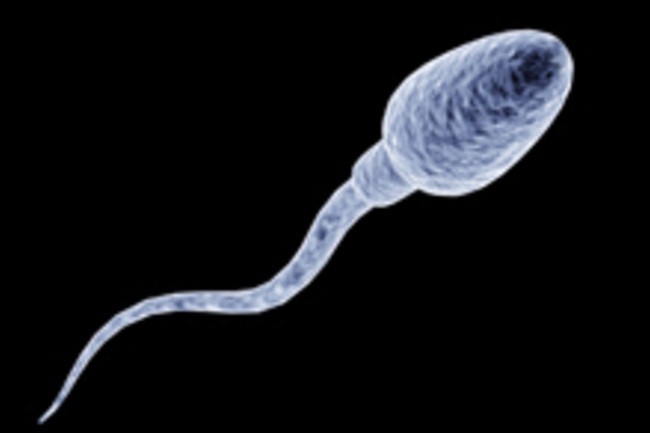 Dear male reader: Just so you know, your sperm isn't that different from a sea anemone's. Sperm is so vital, a new study in PLoS Genetics found, that one of the genes responsible for it hasn't changed in 600 million years. Insects, humans, marine invertebrates, other mammals, even fish—the males of all these creatures share a common sperm gene that dates back to before all those animals diverged all those millions of years ago, according to the team led by Eugene Xu. From an evolutionary point of view, that longevity is simply stunning.

"It's really surprising because sperm production gets pounded by natural selection," Xu said. "It tends to change due to strong selective pressures for sperm-specific genes to evolve. There is extra pressure to be a super male to improve reproductive success. This is the one sex-specific element that didn't change across species. This must be so important that it can't change" [MSNBC].

The gene in question in called BOULE. Xu and colleagues went hunting for versions of it in all those creatures listed above, trying to find out whether sperm

evolved multiple times, or rather arose once in a long-ago ancestor. When they found some form of the gene in all of them, even sea anemones, they had their answer.

Next, the researchers tested mice to be sure the gene was in charge of just sperm production, not more general cell processes. Sure enough, the protein encoded by the gene was found only in mouse testes. And if the BOULE gene was disrupted, otherwise healthy mice didn’t produce sperm [Science News].

That part of the find could be crucial; beyond explaining how our "sex-specific elements" evolved, it could have practical applications, too.

BOULE is the only gene known to function only for the production of sperm, said Xu. This makes it an ideal target for designing a male contraceptive drug or agents that halt the reproduction of infectious parasites or the carriers of germs, he said, because knocking it out wouldn’t harm other bodily processes [Wired.com].

80beats: Revealed: The Secret of the Sperm's Wild Dash to the Egg

Discoblog: Warning All Male Competitive Cyclists: Less Than 5% of Your Sperm May Be Normal