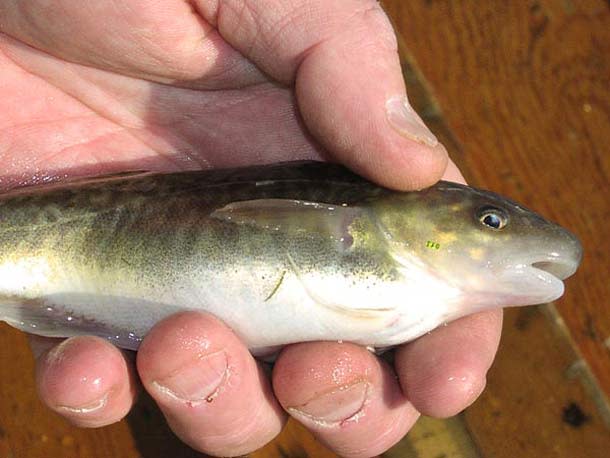 The Hudson River has been one of the most polluted in America, but because of that pollution, it's now the site of evolution happening at a breakneck pace. The furiously evolving species is the bottom-feeding Atlantic tomcod, which lives in areas of the Hudson that were contaminated by PCBs through much of the 20th century.

PCBs, or polychlorinated biphenyls, were first introduced in 1929 and were used in hundreds of industrial and commercial applications, mostly as electrical insulators. They were banned 50 years later, but they don’t simply degrade. Partly because of PCB contamination, a 200-mile stretch of the Hudson River is the nation’s largest Superfund site. [National Geographic]

Despite swimming in PCB-polluted waters and accumulating the chemicals in their systems, the tomcods are alive and well in the river. In a study in Science

this week, Isaac Wirgin and colleagues show that this is because in the span of just a few dozen generations, the fish

have evolved a resistance to PCBs.

The resistance is provided by a variant in a single gene that prevents the chemical from binding onto cells in the fish, Wirgin explained.That variant, he said, is found in about 95 percent of the tomcod in the Hudson. It appears in about 5 percent of tomcod in two smaller streams in Connecticut and on Long Island, and "if you go further from the Hudson you don't see it at all." [Wall Street Journal]

The modified gene is called aryl hydrocarbon receptor2, or AHR2. PCBs have a difficult time binding to the mutated version of this receptor, which is caused by the tomcods missing six base pairs of DNA. What's truly odd, though, is the speed at which the fish developed this trait—it took perhaps just 20 to 50 generations. But while the tomcod evolution is an impressive feat, it's not necessarily great news overall, nor does it get polluting humans off the hook.

For one thing, he and others said, the fish are probably paying a price for the mutation, something like slower growth or less resistance to other stresses. Also, the surviving fish are moving contaminants into the food chain. "They serve as a prime prey for striped bass," Wirgin said. "You've got this fish that would normally be dead from PCBs or dioxin. It's alive and it's carrying around all this PCB and dioxin and it gets eaten." [Discovery News]