How Universities Deal With Crocodiles or Coyotes on Campus

College campuses can get pretty wild, and not always for the reasons you'd think. Here's how a few universities handle situations where critters and coeds intermix. 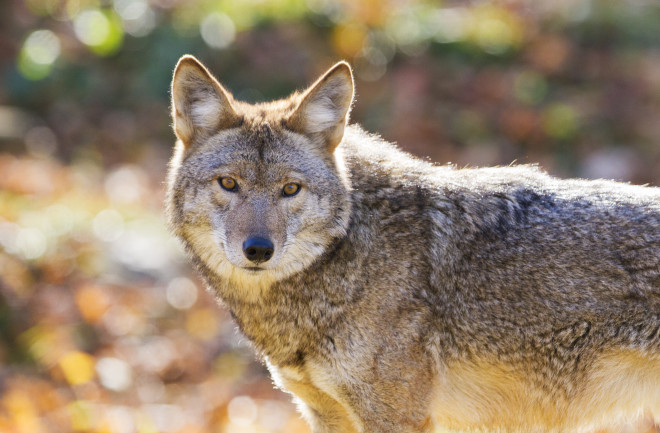 College campuses can be wild places. But occasionally, the term can be applied pretty literally at institutions of higher learning — like when it refers to animals that find themselves in people-trafficked places.

Whether it’s a wandering moose or roving packs of wild boar, some universities in the U.S. must work to ensure that humans are aware and respectful of wild animals. That way, they can hopefully avoid incidents where coeds and critters collide.

A Hotline for Reptiles

In Florida, the University of Miami's Coral Gables campus encircles Lake Osceola, a freshwater man-made lake created in 1947. The lake is connected via canals to other freshwater bodies, as well as the saltwater Biscayne Bay. Everything from barracudas and turtles to manatees — as well as alligators, crocodiles and the Florida cottonmouth, a venomous, semi-aquatic pit viper — have been found in its waters.

Swimming here, as you’d probably suspect, is strictly prohibited by the university.

While metal bars cover the lake's culverts, restricting access to larger animals like manatees, the same doesn’t always hold true for crocs and gators. In the fall of 2017, a four-foot-long American crocodile was spotted at the edge of the lake with a large fish in its mouth, as well as in campus waterways. The sightings prompted a visit from an agent from the state’s Fish and Wildlife Conservation Commission (FWC), who declared the creature harmless.

Whenever Florida students or residents spot a croc or gator they deem a potential problem, they can call the toll-free “Nuisance Alligator Hotline.” That number, 866-FWC-GATOR, connects callers to the Statewide Nuisance Alligator Program, better known as SNAP (a perfect acronym for the powerfully-jawed reptiles.) The program sends contracted gator trappers and croc response agents into the field to assess situations and respond accordingly.

Still, while gators and crocs can easily trigger attention-grabbing concern, they’re rarely dangerous to humans. Data from the FWC on unprovoked alligator bites shows 230 total incidents since 2000, or about 11 incidents a year. Only 16 of those were fatal, with the last of them occurring in 2019.

Not all animal encounters take place near bodies of water. At Texas A&M International University in Laredo, Texas, a 300-acre campus located on former ranchland yields many terrestrial sightings. Whitetail deer are known to visit, as are peccaries (pig-like hoofed mammals), raccoons, migratory birds and even the occasional ocelot.

The school takes a proactive approach to wildlife awareness, holding informational campaigns each spring and posting on-campus signs that warn of current wildlife activity. Wildlife guidelines are also provided at student orientations, campus tours and the school website. Advice is fairly common-sense: don’t feed, pet or attempt to catch the animals.  (And don’t try to take selfies with them.)

When someone does have a concerns about a wild animal, they’re encouraged to call university police. Trevor Liddle, the school’s senior director of campus safety and planning, says most negative interactions come from well-meaning people misunderstanding wild situations. For example, Liddle says someone might find a newly-born fawn, think it’s been abandoned by its mother, and try to “help.” In reality, however, the fawn has been placed there by its mom to protect it from other creatures.

What's more, because campus land is technically state property, it's subject to the same regulations on hunting and fishing as off-campus sites. Liddle says the school has a close working relationship with Texas Game Wardens, the state office that manages the health of the campus deer herd. Officers make routine visits to monitor on-campus wildlife, making management decisions as needed.

Still, no matter how cute an animal is, and no matter how tempting it might be to get up close and personal, Liddle says the best practice is simple: keep your distance. “Remember these wild animals are not pets,” Liddle says. “Let’s admire them from afar and appreciate that we are able to share their space.”

Sometimes, the city and the country can collide. In Seattle, the University of Washington’s campus also has abundant wildlife despite its proximity to urban sprawl. Eastern gray squirrels and eastern cottontail rabbits can be seen scrambling across green spaces, while coyotes and raccoons occasionally emerge in search of food. Plenty of birds can also be seen, including crows, songbirds, owls, hawks and geese.

While the university encourages people to avoid setting out items that would attract wildlife to buildings, an exception exists at the historic Drumheller Fountain. Here, a custom-built wood ramp is placed each spring to help still-flightless ducklings get in and out of the fountain’s man-made pond.

Before the ramp’s advent, facilities crews had to physically remove ducklings from the fountain to keep them from getting stuck, says Jeffrey Kopec, a UW maintenance supervisor. The ramp began as a simple piece of plywood, but the current version is a larger, thoughtfully-designed model with ascending and descending ramps leading to a floating plank. It looks somewhat like a miniaturized version of the metal ramps and floating docks you might see at a marina. Designed and built in 2004, the duck ramp usually stays up each year until the ducklings gain their wings, allowing them to successfully fly out of the fountain.

Since tiny, fuzzy ducklings might also be considered universally cute, the ramp also has accompanying signs asking humans to keep their distance.  They typically have the desired effect. While the number of “customers” who use the ramp varies each year, Kopec says there’s generally at least one mating pair of ducks on campus each season, plus a few solo acts that come and go. This spring, they counted nine ducklings.

And as you’d imagine, seeing the ramp get used — a man-made solution to a wild animal’s problem — is a source of great pride for the employees tasked with setting it up each spring.  “It always brings a smile when we see the kiddies following mama into and out of the pond,” Kopec says.