How Turtles Use Earth's Magnetic Field To Navigate Ocean Voyages 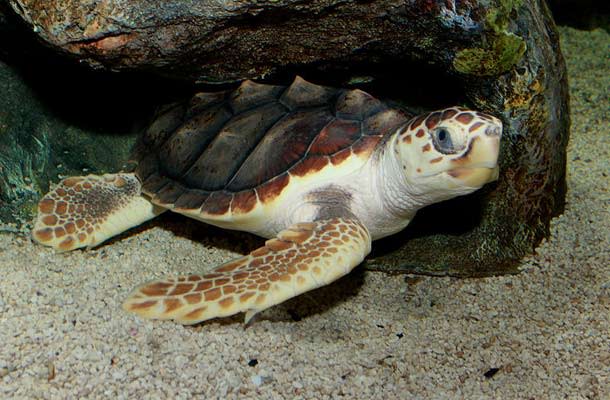 In 1996, a loggerhead turtle called Adelita swam across 9,000 miles from Mexico to Japan, crossing the entire Pacific on her way. Wallace J. Nichols tracked this epic journey with a satellite tag. But Adelita herself had no such technology at her disposal. How did she steer a route across two oceans to find her destination?

Nathan Putman has the answer. By testing hatchling turtles in a special tank, he has found that they can use the Earth’s magnetic field as their own Global Positioning System (GPS). By sensing the field, they can work out both their latitude and longitude and head in the right direction.

By testing turtle hatchlings in a tank surrounded by magnets he could control, Putman showed turtles could sense it if he reversed the magnetic field around them and would begin heading in the opposite direction. For more about the experiment—and how turtles can travel so far at such high stakes with just magnetism to guide them—check out the rest of Ed's post at Not Exactly Rocket Science

. Related Content: Not Exactly Rocket Science: Foxes use the Earth’s magnetic field as a targeting system

Not Exactly Rocket Science: Robins can literally see magnetic fields, but only if their vision is sharp

80beats: Did Earth’s Magnetic Field Have a Fast Flip-Flop?