Which species will survive the current extinction crisis and which won’t? 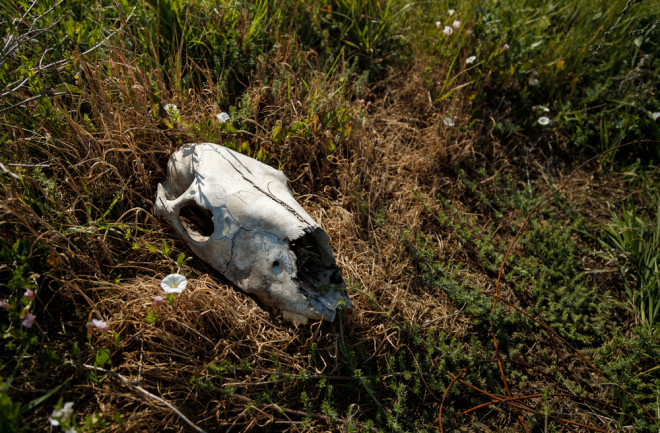 There’s nothing new about extinction. Species come and species go, and they always have. What’s different this time is the cause and pace of that change. Thanks to human activities, species are going extinct an estimated 1,000 times faster than the natural background rate. Earth is losing species so fast that many scientists believe we’re in the midst of Earth’s sixth mass extinction event. Even so, some species will survive — some may even thrive. But which species are most likely to populate this strange new world?

Patterns in the Past

It’s difficult to identify which species are most vulnerable to environmental disruptions and which are more resilient. Ecosystems are intricately intertwined, often in ways we don’t fully understand. And as the environment changes, individual species change, too.

But history does provide some clues. Jill Leonard-Pingel, a paleontologist at The Ohio State University, explains that when you look at past extinctions, you find patterns in which species survived and which didn’t. And those patterns reveal certain characteristics that make a species more or less vulnerable to disruptions.

Species that are widespread, or have a high dispersal ability, usually have an edge on those that are limited to a very narrow area or ecosystem. So, for example, aquatic animals and animals that can fly can more easily are able to cross barriers between ecosystems. When the Quino checkerspot butterfly lost its habitat due to temperature increases that also affected its host plant, it (at least temporarily) dodged extinction by relocating to higher, cooler elevations — and finding a new host plant on that particular mountain. Plants cannot take off for higher ground, but they can send seeds or spores by wind, water, or the coats and digestive systems of animals.

Size matters, too, and when it comes to surviving extinction events, smaller may be better. The Cretaceous-Paleogene extinction wiped out 75 percent of species, including all the non-avian dinosaurs. But smaller species fared better. Some birds and small mammals lived to evolve another day. That’s probably in part because, says Leonard-Pingel, smaller animals need fewer food resources.

Generalist species, or those that can survive in different habitats and eat a variety of food, also have an edge on specialists. Specialist species, by contrast, might eat only one type of food (think pandas and bamboo) or live in a narrow ecological niche. Take the Atlantic salmon, with its need for just the right water temperature and pH to be able to reproduce. When the supply of that particular food becomes short or crucial environmental conditions change, specialist species have no other options, whereas generalists can often find another home and something else to eat.

A high reproductive rate helps, too. The more offspring a species produces, the greater the chances that at least some of those offspring will survive and carry mutations that are beneficial in the changing environment. Species that reproduce slowly and have only one or two offspring at a time (like large mammals) are at a distinct disadvantage. Mice have an edge over elephants, for example. Genetically diverse species also have the upper hand. The more genetic diversity within a species, the better a chance that some of those genes will be suited for whatever environmental changes come along.

So how likely are humans to survive the next few hundred years? “I’d say if any species in the planet is likely to make it that’s humans,” says Ignacio Morales-Castilla, an ecologist at the University of Alcalá in Alcalá de Henares, Spain, whose research focuses on predicting the future of biodiversity in the changing world. “There are few examples, if any, of species with our ability to adapt to almost any environmental condition.”

But surviving doesn’t mean thriving. Leonard-Pingel agrees that humans are likely to survive this current extinction event. The question, however, is what that survival will be like if we stay on the same course. “I think we are probably going to have severe consequences from our actions, including, probably, war and famine and drought and disease—all kinds of nasty things that are not going to be pleasant for humans.”

Still, she has hope that we will reverse course in time to stave off the worst. The human species is not only the driver of the current extinction crisis, it’s the best hope of slowing it. “Young people are beginning to see climate change as less a political issue than a human one,” she says. “When that happens, we can make changes and make progress. We can have a fruitful conversation about how we go about combating it. We can actually start talking about solutions.”