How They Flock Together: Pigeons Obey the Pecking Order During Flight 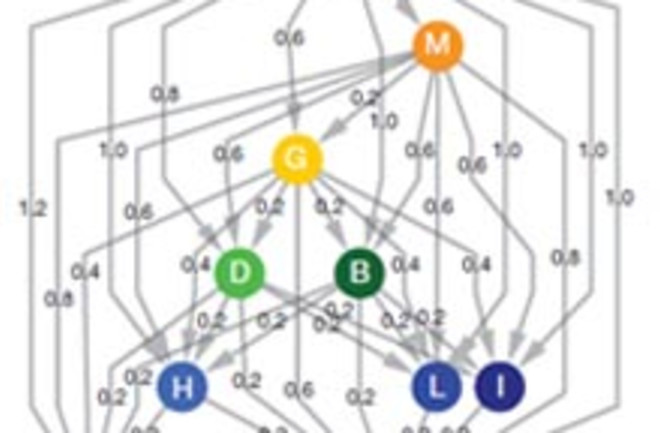 When you see a flock of birds flying in formation, it might seem like their group dynamics are fairly simple: The one out front leads the way. But does the same birds always take the lead in a group? And do the birds in the back follow the overall leader, or rather the middle managers in front of them? To find out, Tamás Vicsek and colleagues strapped backpacks equipped with GPS sensors to pigeons for a study out this week in Nature. The lightweight trackers recorded the birds on both solo flights and group flight and measured their positions five times per second. Indeed, Vicsek found, birds fly according to the group pecking order, with the leader out front. When it changed direction, its direct followers would do the same in less than a second, and then the more junior members of the group would respond to the direction of those middle managers. But there were surprises, too. Sometimes the lead bird wouldn't fly out front; it may have been tired from leading the pack and needed some time off. So perhaps birds are like cycling teams, occasionally trading off who carries the taxing burden of leading the group. For more details about the study—including why it's not as obvious as you might think that the leading bird flies in the front of the group, and why left and right matter so much to pigeons—check out DISCOVER blogger Ed Yong's post at Not Exactly Rocket Science. Related Content: Not Exactly Rocket Science: GPS Backpacks Identify Leaders Among Flocking Pigeons Not Exactly Rocket Science: Light-detecting backpacks record the complete migration routes of songbirds 80beats: "State of the Birds" Report, and is Climate Change Shrinking Avians? 80beats: To Read the Brain of a Pigeon, Scientists Outfit It with a "Neurologger" 80beats: Tiny Bird Backpacks Reveal the Secrets of Songbird MigrationImage: Zsuzsa Ákos