The ancient Maya created a system of timekeeping based on astronomy that’s still used today. 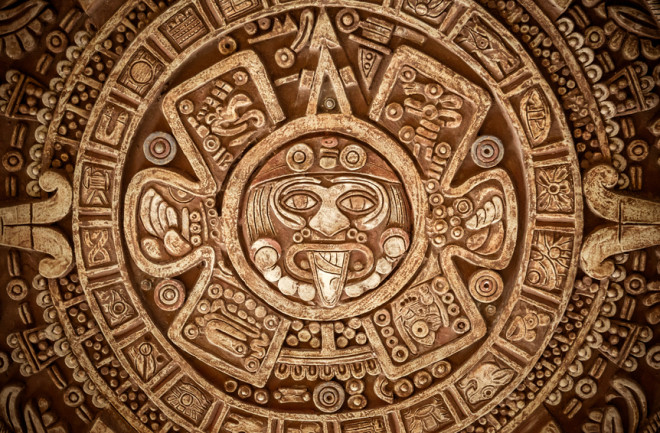 Eight years ago, the world was supposed to end. At least that’s what some interpreters of the ancient Maya calendar believed. They noted that the Maya Long Count calendar seemed to be running out of days, and would end on Dec. 21, 2012. Various doomsday scenarios, asteroids featuring prominently among them, were forecast.

Of course, the winter solstice of 2012 came and went with little to show for it. The Maya calendar simply ticked over to a new b’ak’tun, equal to about 394 years, and the world continued.

The obsession with the Maya calendar and doomsday makes sense from one perspective. After all, Maya religious observances did rely heavily on their amazingly accurate calendar. But the year 2012 likely never figured into Maya eschatology, the study of end times — that one was all us.

The Maya developed a detailed system of timekeeping based largely on astronomical measurements that let them time agricultural events, religious observances and more. Their richly detailed calendar has drawn archaeological interest for decades, as both an example of Maya ingenuity and for the insights into their culture it contains.

The calendar was intimately interwoven with their religion and cosmology, lending it an aura of mystical insight that resonates today. Spiritual though it may seem, the real origin of the calendar is firmly grounded in science.

Finding Time in the Stars

The Maya were excellent astronomers — they erected entire buildings to serve as observatories and created detailed tables cataloging the movements of the moon, Mars and other planets. Maya astronomical calculations even accurately dated a 1991 solar eclipse. Observations like these formed the basis for their calendar; the celestial clock provided a reasonably accurate means of measuring the passage of time.

The Maya made use of several interlocking calendars, though they likely didn’t invent them. There are strong similarities between Maya calendars and those used by older Central American civilizations like the Olmec. The Maya appear to have simply expanded upon these.

The Maya used two separate calendars that counted off days, the haab and the tzolk’in (though the latter is a term modern archaeologists bestowed on the calendar; the Maya use several different names for it). The haab consists of 18 months of 20 days each, with another month of five days called the Wayeb, for a total of 365 days. The Wayeb was considered a dangerous time, and the Maya would make offerings and conduct religious observances to ward off ill-fortune. The tzolkin has 260 days, and consists of 20 named days and 13 numbers, with each combination of name and number occurring once.

The Maya still use these two calendars today to guide their agricultural season and to dictate the timing of religious observances. Members of their culture have been keeping count of the days for well over two thousand years — an unbroken string of timekeeping.

Representation of a Maya astronomer with their eye outstretched. (Credit: Public Domain/Wikimedia Commons)

As with the Maya of today, the calendar held immense practical value to their forebears. It allowed them to calculate when to begin planting, harvesting and other agricultural activities each year, and informed the elaborate schedule of rituals and ceremonies to various deities that were at the center of their culture.

Much of the Maya’s understanding of time came from the movement of celestial bodies. Like us, the passage of the Sun informed the length of a day and the time between solstices was a year. But the Maya also tracked the movements of other bodies with extreme precision. The few surviving pieces of Maya writing contain tables cataloging the movements of planets and almanacs that attempted to make forecasts for the future based on them.

The Dresden Codex, the oldest surviving book written in the Americas, contains tables charting the movements of Venus, Mars and the Moon. The Maya also calculated the occurrence of lunar eclipses based on observations and tracked the motion of Jupiter and Saturn. The regular motion of the planets likely formed the basis for much of the Maya’s religious calendar, as they aligned important events with the position of the planets in the night sky.

The haab and tzolk’in calendars are used together to create a cycle called the Calendar Round, which lasts about 52 years, or 18,980 days. That number is the least common multiple of 260 and 365, or the first point at which the two calendars meet. After one Calendar Round is finished, another begins.

Because the intertwined haab and tzolk’in repeat every 52 years, the Maya needed another way to keep track of longer periods of time. This led them to develop a completely separate system of time-keeping, the Long Count.

The Long Count is a base-20, or vigesimal number system, with one exception. As with our own base-10 number system, there’s likely a simple explanation for this. We have five fingers on each hand, and two hands — we chose to count using our fingers, while the Maya used fingers and toes.

The Maya made a habit of writing the date, as measured by the Long Count, on many of their inscriptions. For this reason, archaeologists can tell exactly when significant events happened in the Maya world. For example, we know the powerful city of Tikal was conquered by an alliance of the rival cities Caracol and Calakmul in A.D. 562. Tikal would prove victorious over the nearby city of Dos Pilas in the next century, in 672, only to be defeated five years later by La Corona, an ally of Calakmul. The coronations of new kings, as well as the end of k’atuns and other auspicious dates, were also recorded on stela.

The Maya sometimes noted dates in terms of their distance from another date. Some calculations using this form of notation appear to have been used to refer to events extraordinarily far back in the past. One date corresponds to an event some 90 million years before A.D. 761, another stretches back even further, to 400 million years.

Finds like these, writes archaeologist Clive Ruggles, reveal the broader significance of the Maya’s use of calendars. Creating such lengthy blocks of time, he says, allowed the Maya to conceive of history on a grand scale.