To uncover the habits of ancient humans, scientists are studying modern sports stars. 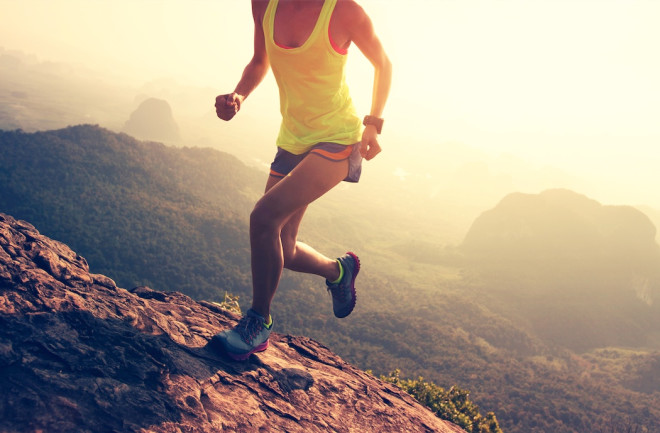 This story appeared in the September/October 2020 of Discover magazine as "An Athletic Evolution." We hope you’ll subscribe to Discover and help support science journalism at a time when it’s needed the most.

Archaeologist Annemieke Milks planned to test the ballistic properties of some of the world’s oldest spears. Crafted by Neanderthals 300,000 years ago, the wooden artifacts measure about 7 feet long and resemble oversized broomsticks with sharpened tips. When discovered in the 1990s at a site in Schöningen, Germany, they rested alongside the butchered remains of 35 horses. Apparently, Neanderthals, armed with the spears, had some very successful hunts.

But just how fast and far could these ancient weapons soar?

Milks wanted the answers, so she commissioned a woodworker to carve replicas from dense spruce. Yet to do the experiment right, Milks needed study participants who could throw like their lives depended on it. Neanderthals were, after all, hunter-gatherers, who killed their daily meals with spears and other primitive technology. Put a spear into the hands of most people today and they’d go hungry.

“The main issue was just trying to get beyond the total lack of skill in throwing,” says Milks, a researcher at University College London. Earlier studies tested inexperienced throwers — sometimes the scientists themselves — and concluded the spears could only sail a couple of dozen feet, feebly. “I raised my eyebrows,” she recalls.

As part of research published in 2018 in Scientific Reports, Milks put six javelin athletes to the test. The trained throwers launched Schöningen spear replicas over 35 mph and more than 80 feet.

By using athletes as study subjects, Milks added fresh data to an old debate: Scholars have long argued that Neanderthal weapons were too hefty to hurl and, therefore, had to be thrust directly into prey. Compared with throwing from afar, this jabbing technique would have been high risk, low return — and could have played a role in Neanderthals’ eventual extinction.

But “in the hands of an expert, you see quite a different picture,” she says. “The spears perform well. They fly.”

A trained javelin thrower prepares to throw a replica Schöningen spear as part of a study by archaeologist Annemieke Milks. (Credit: Annemieke Milks)

Milks is not the only scientist enlisting athletes to answer questions about human evolution. Her experiment substituted javelin throwers for spear hunters; other recent studies have used runners to approximate ancient foragers and subbed in rowers for early farmers. With intense training regimens, athletes face physical demands more akin to our highly active ancestors. And some athletes push themselves to extremes — allowing researchers to study the human body in survival mode.

The emerging line of research offers “huge potential … in terms of looking into and exploring our evolutionary journey,” says Danny Longman, a physiologist at Loughborough University in the U.K.

Naming the approach “human athletic paleobiology” in a 2020 paper in the Yearbook of Physical Anthropology, Longman and colleagues outlined ways it has shed new light on the human species — and could continue to do so.

About a decade ago, article co-author Jay Stock started analyzing athletes —specifically, CT scans of their bones. An anthropology professor, then at the University of Cambridge and now at the University of Western Ontario, Stock wanted to identify skeletal features related to exercise, which he could also find on ancient bones. This could help clarify the physical demands of past societies — how much running, throwing and hauling the average person did thousands of years ago or more.

At the time, it was known that intense, repeated actions alter bone properties, such as thickness, shape and density. When you habitually work a bone in a certain manner, it toughens up to counteract the strains. The pattern of bone alterations across the skeleton depends on the particular activities undertaken. But to understand these patterns, Stock needed a key: measurements of bones subjected to known exercise regimens.

Everyday folks wouldn’t suffice. Most people in industrialized societies are couch potatoes compared with ancient peoples. And reasonably active individuals partake in a variety of sports, so their bones are not representative of any one particular act.

That’s why Stock turned to athletes: “If they’re trained for the same sport and they’ve trained for a long period of time, particularly during adolescence, then they’re likely to have … stereotypical activity patterns,” he says.

In preliminary studies, Stock and collaborator Colin Shaw found consistent skeletal differences between university swimmers, runners, cricketers and field hockey players. Extending the methods to fossils, their 2013 Journal of Human Evolution paper reported similarities between bones of modern swimmers and late-1800s Andaman Islanders, who canoed and swam to forage their meals. And the shins of Homo sapiens and Neanderthals between 40,000 and 120,000 years old appeared even more reinforced than those of cross-country athletes who’ve run 80 to 100 miles per week since adolescence. The implication: These early humans traveled far and wide in pursuit of daily needs.

More recently, the approach revealed the hard work of Central Europe’s early farming women. It seems their daily grind, 2,000 to 7,000 years ago, was as strenuous as the training of elite female athletes today. For a 2017 Science Advances study, Stock’s then-graduate student Alison Murray compared bone strength among 30 Neolithic women and present-day runners, soccer players, rowers and non-athletes. On average, the farmers’ lower leg bones were similar to today’s non-athletes, suggesting the past women generally stuck close to home.

But “the big finding was, whoa, when you look at their arms, they were much stronger than even the rowers,” says Murray, now an anthropologist at the University of Victoria in Canada.

Beyond the labors of past populations, Murray and others are using athletes to investigate more fundamental questions about human evolution: During times of stress and scarcity, how did our ancestors survive?

It’s theorized that humans have an evolved coping mechanism. When resources are depleted, hormones tell the body to channel energy to the most important tasks — immune defense and upkeep of vital organs — and away from non-urgent matters like sex and growth. However, the details of this process are unknown and problematic to research; obviously, it’s unethical to starve or overexert study participants.

But some people already push their bodies to the brink: Ultra-endurance athletes compete in races lasting days or weeks, covering hundreds of miles by foot, bike, rowboat or other means of self-propulsion.

From monitoring rowers to using a heat gun on ultra-marathoners, scientists are studying what happens when the human body is under extreme stress. (Credit: Danny Longman)

Scientists have tracked changes in these athletes’ hormones, immune markers and reserves of muscle and fat across the grueling competitions. “Potentially, that can tell us something about the physiology and endocrinology of way, way long-dead ancestors,” says Murray. “These are the types of questions that I just never thought I’d be able to ask only working with bones.”

Murray and Longman recently collected spit and blood samples from runners in races three to six times the distance of a marathon — and in extreme climates. Two of the competitions, in Spain and the Peruvian jungle, saw temperatures near 100 degrees. Others, in the Himalayas of Nepal and within the Arctic Circle in Finland, were well below freezing.

Analysis of these samples is underway, and the researchers are eager for the results. They already have proof of concept — evidence that ultra-endurance events do, in fact, cause bodies to enter survival mode. In a 2018 American Journal of Human Biology paper, Longman, Stock and colleagues evaluated 66 runners who finished a continuous 102.6-mile race in 22 to 36 hours. Post-race athletes showed a boost of immune markers coincident with decreased testosterone and sexual desire — the latter based on self-reported arousal scores when viewing a slideshow of semi-nude figures.

This fits theoretical predictions that, when the going gets tough, immune defenses are prioritized over libido.

“Their bodies have to make decisions about how to allocate energy,” says Stock. “That to me is really, really interesting because it’s a window into survival.”

A window opened by athletes pushing the limits of the human species.

Bridget Alex is a science writer and anthropologist in Pasadena, California.