You might not expect that the arms of our galaxy and the emergence of plants could help form the continents, but new research suggest it might be possible. 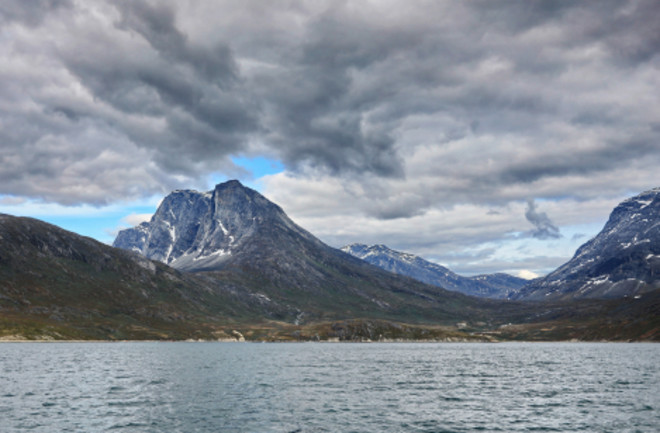 Archaeological sites in the Nuuk Region along Greenland’s southern coast, shown here, are among those in the most danger from climate change. (Credit: XPixel/Shutterstock)

Last week we dove into some of the theory of why the Earth has continents. No other planet (that we know of) has these giant bodies of lighter rocks that move around the surface of the planet, interacting along the way. We have barely scratched the surface of why continents formed and what gives them their distinct "flavor", but new research suggest some unexpected avenues for the evolution of the continents.

Continents from the Stars

A new study published in Geology tried to get at what really helped get the continents started in the first place. Instead of looking at processes happening within the planet, they looked at how the solar system's position in the galaxy might have influenced geologic processes on Earth. What they found is that there might actually be a connection.

Chris Kirkland and colleagues looked at zircon from the Earth's distant past (over 2.5 billion years ago) to see if there was evidence in changing conditions for their formation. They used changes in the isotopic composition of the element hafnium in ancient zircon from North America and Australia and found that there is a ~170-200 million year cycle. What is most surprising is they suggest this cycle coincides with the solar system passing through different arms of our galaxy, the Milky Way.

The Milky Way galaxy rotates and our solar system orbits the core of the galaxy as well, but at different rates. This means sometimes the Sun is in areas that are more densely populated by stars and dust/gases -- the "arms" of our spiral galaxy. When we pass through these stellar suburbs, there is a higher likelihood that a star passing near our solar system will cause material to rain down on the inner solar system, like comets and asteroids. This leads to more impacts on Earth.

Diagram showing the architecture of the Milky Way galaxy and the Sun's position in it. Credit: Kirkland and others (2022), Geology

How does this make continents? Impacts are so energetic that they can melt the crust and cause the mantle below an impact to melt as well. The isotopic excursions found in Australian zircon correlate with other markers of impacts like spherule beds (droplets made during a large impact) ... and the timing then correlates with the solar system passing through the Perseus and Norma arms of the Milky Way.

All these impacts and their accompanying melting of the crust and mantle would create areas that are made from lighter rocks like granite. That could be the "seed" needed to make the continents. Zircon made in these higher-silica rocks tend to have a different composition of oxygen isotopes. Kirkland and his colleagues found that zircon from an era with spherule beds (~3.4-3.5 billion years ago) also had the right oxygen isotopic composition to support their theory.

This is a fascinating idea, where galactic processes have an influence on geologic processes on Earth. One question that arises, though, is why is it only Earth that developed true continents. We don't see the same on Mars, Venus or Mercury, which begs the question of what prevented continents there when they likely also experienced an increase in impacts.

Flash forward to "only" about half a billion years ago. The Earth's "weirdness" had already lead to life, but the Early Ordovician was a time dominated by oceanic life. The earliest plants may have been establishing themselves on what was likely very barren dry land on the continents. A new study in Nature Geoscience finds evidence that the rise of land plants may have directly changed the composition of our continents.

Christopher Spence and his colleagues again turned to zircon to evaluate how plants might be changed the rocks of our continents. Using the isotopic composition of oxygen and hafnium (sound familiar?), they examined how surface weathering may have changed around 430 million years ago when land plants began to truly proliferate.

First things first: plants are incredibly important for shaping the surface of the Earth. In landscapes without plants (think an area that just had a wildfire), the land is much more susceptible to erosion like landslides. There is much less cohesion that is brought about by plants root systems, so weathering and erosion can be rapid.

On top of this, the interaction between roots and rocks is one where plants help form clay-rich soils. Plants (and their symbiotic bacteria and fungi) can break down minerals into clays that are also much harder to move. We see this in the geologic record as an increase in mudrocks (shale). The roots would cause more weathering in the rocks and sediment (an area we call the "critical zone" where geology and biology meet). This would mean more material available to weather and erode, especially into clays.

The long and short here: plants fundamentally change how rocks at and near the surface break down, as well as how effectively that sediment is moved and stored on Earth. So, from a planet of sandy rivers and shallow weathering, we became one of muddy rivers being fed by biologically-enhanced weathering.

Spencer and his colleagues looked at how these new sediments in the continents may havre changed the composition of zircon forming in magma formed in the continents. Bodies of molten rock in the crust will "assimilate" that surrounding material, meaning the crust holding the magma will melt and be incorporated.

What Spencer and his colleagues found is that oxygen isotopes as well as the pair of hafnium and lutetium isotopes begin to correlate in magma formed after the explosion of land plants. Before plants, there was no connection between the oxygen and hafnium-lutetium composition of zircon because they were both being set in the Earth's mantle when the magma formed.

However, once those magma had to interact with the plant-mediated sediments (that have been metamorphosed in the crust) formed after 430 million years ago, these isotopes began to change in tandem. There is no reason this should happen unless the magma in interacting with the sediments produced by abundant weathering of old rocks, all brought about by plants.

Now, this is a simplification, so think of it this way. Before land plants, the continents continents may have been imparting some isotopic flavour on magma being formed. However, after land plants, these flavours began to change in concert rather than being closer to randomly changing. To do that, you need clay-rich sediments to consistently interact with magma ... and to do that you need mudrocks and meandering rivers to trap those muddy sediments.

So, life can imprint its signature on crystals forming in magma and we can read that in the geologic record. This is another example of the "weird" geologic evolution of our planet, where continents have been collecting the evidence of everything from impacts to plants over billions of years.