How much cocaine can a honey bee take? 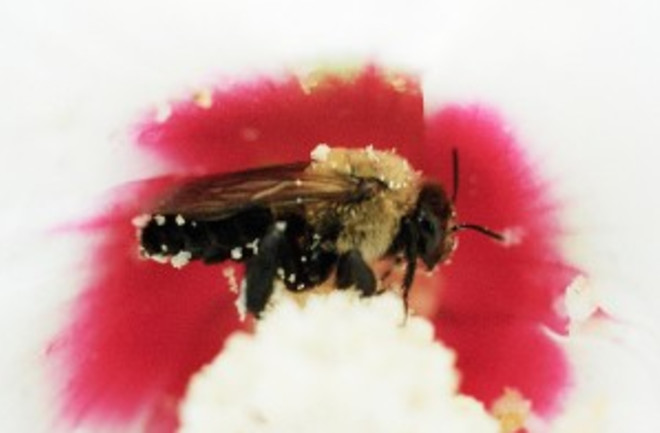 What happens when you give cocaine to honey bees? Surprisingly, these aren't the first researchers to address this question. However, to date, no one has tested the bees' tolerance for the drug. Enter this study, which sought to determine whether bees, like humans, demonstrate an increased tolerance to high doses of cocaine after being exposed to lower doses. (Spoiler alert: they do). We're left with just one question: what's the honey like?

Cocaine Tolerance in Honey Bees "Increasingly invertebrates are being used to investigate the molecular and cellular effects of drugs of abuse to explore basic mechanisms of addiction. However, in mammals the principle factors contributing to addiction are long-term adaptive responses to repeated drug use. Here we examined whether adaptive responses to cocaine are also seen in invertebrates using the honey bee model system. Repeated topical treatment with a low dose of cocaine rendered bees resistant to the deleterious motor effects of a higher cocaine dose, indicating the development of physiological tolerance to cocaine in bees. Cocaine inhibits biogenic amine reuptake transporters, but neither acute nor repeated cocaine treatments caused measurable changes in levels of biogenic amines measured in whole bee brains. Our data show clear short and long-term behavioural responses of bees to cocaine administration, but caution that, despite the small size of the bee brain, measures of biogenic amines conducted at the whole-brain level may not reveal neurochemical effects of the drug."

Related content: NCBI ROFL: Is that bee on crack? Oh, wait…it is.