How Do We Know When a Species Is Extinct?

With diligent classification standards, conservationists avoid giving up on animals too soon. 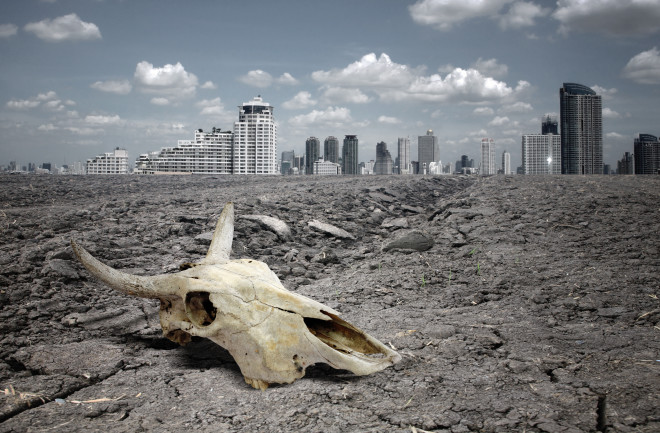 The cardinal rule of classifying animals as extinct, according to conservation scientist Stuart Pimm, is to remember the lessons of Shakespeare. Romeo, believing that an unconscious Juliet had taken her life, gave up hope and took his own. Juliet, upon waking, realized what had happened and she, too, chose death.

For conservationists, Romeo's premature despair has a clear parallel: Incorrectly declaring a species extinct may actually prompt people to give up on it, leading to its demise. This is what might have happened with the New Zealand storm petrel. The small, fast-flying bird had been considered extinct for 160 years when a group of birdwatchers fortuitously spotted one near the country’s northern island in 2003.

Prior to the rediscovery, the New Zealand government began a massive conservation effort to rid that region of feral cats and rats, which prey on native species like the storm petrel. Preserving the petrel’s habitat inadvertently allowed it to nest and repopulate again. It’s as if the metaphorical Romeo made a last-ditch attempt to revive his love, only to discover that she had been alive the whole time.

“You don’t want to give up the last place where a species might survive,” says Pimm, a professor of conservation ecology at Duke University and founder of the nonprofit Saving Nature.

But when species, like the storm petrel, reappear after an apparent disappearance, it begs the question: How do we truly know when a species has gone extinct in the first place?

The International Union for Conservation of Nature (IUCN) is the oldest and largest global environmental union. For decades, it operated under the rule that if a species hasn't been spotted for 50 years, it may be declared extinct.

In the 1990s, those guidelines were refined — a species can now only be listed as extinct if there is “no reasonable doubt that the last individual member has died.” Today, experts factor in data on population size, number of breeding adults, geographic range and habitat degradation for each species under review.

The conservation status of each animal, plant and fungi species is compiled by the IUCN in what is called the "Red List." The organization sets criteria for how species are considered endangered and extinct, and the Red List is considered the authoritative inventory of the world’s biodiversity. Governments and organizations around the world rely on the Red List to direct conservation efforts. The organization’s Species Survival Commission, which periodically assesses every animal, now consists of more than 9,000 scientists in 162 countries.

But as with any science, the community of conservation scientists may disagree on these categorizations. Pimm says there is sometimes a “storm” of comments and criticisms about the union’s listings.

Using the IUCN’s data, governments and agencies can determine how to create and enforce regulations to protect vulnerable species. In the U.S., this responsibility largely falls to the U.S. Fish and Wildlife Service, which enforces the Endangered Species Act.

The most definitive way of knowing whether a species continues to survive is to observe it in real time. To track animal populations, conservationists use tools like drones and camera traps to capture images of animals in remote areas without being seen. They can also follow the clues left by the animals — like trails, droppings and traces of fur — and piece together a natural history.

Camera traps date back to the 1890s. When animals tripped a wire, it set off a chemical flash which flooded the scene with light and captured a photo of the stunned animal, if the photographer was lucky. Modern camera traps are digital and much less conspicuous. They allow scientists to capture precious video and photo footage of often elusive animals. Aerial drones, which can be useful tools for mapping remote habitats, can also be invasive if used improperly.

The bulk of the observations themselves are actually carried out by citizen scientists. Each year, thousands of people take photos and record sightings of animals around the world. Organizations like eBird and iNaturalist provide platforms for people to submit records of their observations using their mobile devices. Last year, more than 50,000 people from 175 countries participated in the eBird’s Global Big Day, setting a record for a single day of birding and adding to the database of millions of records.

“There's a huge global effort of people who are out there looking for things wanting to know their identity, and sometimes making fantastic discoveries,” Pimm says.

Some animals, like the black rhino or Sumatran elephant, may be relatively easy to track and observe. Others are much more elusive. The giant oarfish, on the other hand, can be more difficult to monitor. Despite their hefty size, these serpent-like fish live in the deep ocean and can be elusive even to submarine vehicles.

Scientists can also leverage data analysis of past observations and fossil records to better predict when an animal might go extinct. If a species has been observed relatively consistently for a while and, suddenly, observations start to drop off, researchers may infer that all of its members have died out. They also account for factors like how much of the animal’s primary habitat has been destroyed, as well as its overall geographic range.

If you look at the numbers, the sheer number of animal extinctions in recent years is alarming. In 2007, the UN announced that up to 150 species are lost every day, for a total of 18,000 to 55,000 extinctions per year. But this statistic, while staggering, may not be the best way of conceptualizing the loss of biodiversity, Pimm says.

Instead, it’s perhaps more accurate to consider how quickly animals are disappearing. Similar to how statisticians track the death rate of a human population, scientists can use data to determine the death rate of an animal species over time. Even by this standard, though, it turns out that species are dying off at a rate 1,000 times faster than they should be.

The good news is that it’s still possible to prevent many future extinctions. Conservation organizations and governmental bodies can protect spaces that serve as crucial habitats for endangered animal populations.

This is why it’s important not to preemptively classify an animal as extinct. Once deemed extinct, there may be less incentive to protect the last swatches of habitat in which the animal could survive. “We really can prevent a lot of extinctions, and that is what motivates me," Pimm says. "That makes me excited.”