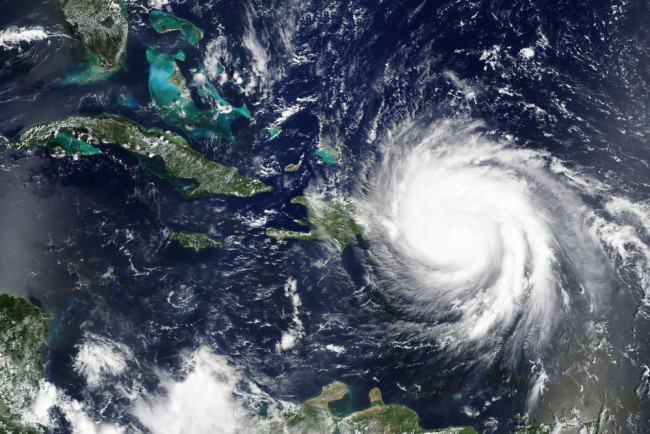 Hurricane Maria, it’s safe to say, was devastating to Puerto Rico. More than five months ago, on September 20th, the Category 4 storm ravaged the U.S. territory, causing $90 billion worth of damage in some estimates and scores of deaths. Much of the island is still without power. As someone born and raised on the island (despite my gringo name), it’s been hard to watch, and keeping in touch with family still there has been difficult, especially right after the storm. But part of what makes the “Island of Enchantment” so enchanting are the wide variety of animal species. So how did they weather the storm? Well, according to findings from a presentation today at the 2018 Ocean Sciences Meeting in Portland, Oregon, at least one particular coastal ecosystem has responded pretty well. And we know it because scientists just happened to be eavesdropping on various species for months.Stormy Sounds Back in March last year, ecologists set up microphones at three sites on Puerto Rico’s southwestern coast, to listen in on coastal forests and ocean reefs. They wanted to record all of nature’s sounds, to get a full aural picture of the ecosystem and how it changed over time. When Maria hit in September (though not directly over this area), the researchers ended up getting a real-time account of how a few specific species — fish, snapping shrimp, and land-bound birds and insects — reacted to la tormenta. First, the fish. Normally, they “chorus” only at specific points in the year, to find mating partners and defend territory. But for a few days after the hurricane, the fish became much louder, perhaps because the turbulent water made it harder for predators to stop them, lowering their sonic inhibitions. The other two recordings show the opposite. Shrimp snaps, one of the loudest animal noises in the ocean and useful for stunning and catching prey, quieted dramatically during and after the storm. Prior recordings had shown the species had regular, precise patterns of snapping, which returned a several days after Maria. The researches suggested it could be due to the shrimp having other priorities, like rebuilding their habitats, before returning to regularly scheduled snaps. Finally, the one recording on land showed insects and birds also quieted down. Again, it took a few days for ambient sound levels to return to normal, likely as a reaction to the damages of the storm itself. Recovery But the key finding here — other than simply the viability of this technique to measure how various species, and ultimately a whole ecosystem, can respond to stress — is that all of the species did eventually return to normal behavior. Some took just a few days! It’s great to see at least some of my fellow Boricuas bouncing back, even while much of the human infrastructure se fue al garete.