How acquiring The Knowledge changes the brains of London cab drivers

London is not a good place for fans of right angles. People who like the methodical grid system of Manhattan will whimper and cry at the baffling knot of streets of England’s capital. In this bewildering network, it’s entirely possible to take two right turns and end up in the same place. Or in Narnia. Even with a map, some people manage to get lost. And yet, there are thousands of Londoners who have committed the city’s entire layout to memory – cab drivers. Piloting London’s distinctive black cabs (taxis to everyone else) is no easy feat. To earn the privilege, drivers have to pass an intense intellectual ordeal, known charmingly as The Knowledge. Ever since 1865, they’ve had to memorise the location of every street within six miles of Charing Cross – all 25,000 of the capital’s arteries, veins and capillaries. They also need to know the locations of 20,000 landmarks – museums, police stations, theatres, clubs, and more – and 320 routes that connect everything up. It can take two to four years to learn everything. To prove their skills, prospective drivers make “appearances” at the licencing office, where they have to recite the best route between any two points. The only map they can use is the one in their head. They even have to narrate the details of their journey, complete with passed landmarks, road names, junctions, turns and maybe even traffic lights. Only after successfully doing this, several times over, can they earn a cab driver’s licence. Given how hard it is, it shouldn’t be surprising that The Knowledge changes the brains of those who acquire it. And for the last 11 years, Eleanor Maguire from University College London has been studying those changes. [embed width="610"]http://youtu.be/h_0eNQl6SNI[/embed] 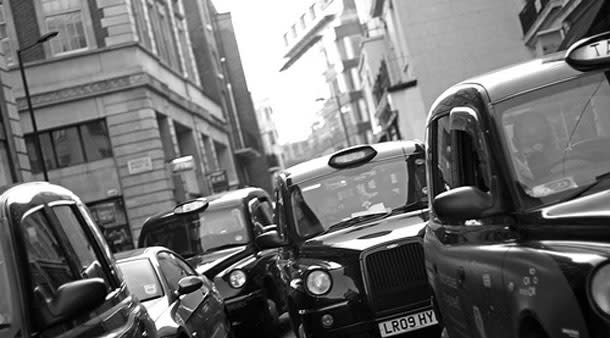 In 2000, Maguire showed that one particular part of the brain – the hippocampus – is much larger in London cab drivers than in other people. This seahorse-shaped area lies in the core of the brain, and animal studies had linked it to memory and spatial awareness. Species that store a lot of food tend to have a bigger hippocampus than those without the need to remember any burial sites. Maguire showed that the same applies to humans. Not only did cab drivers have an unusually large hippocampus, but the size of the area matched the length of their driving careers. Since then, taxi drivers have featured in many of Maguire’s experiments. “They know that they’re special,” she says.”What they’ve achieved when they’re qualified is extremely impressive, so they’re very willing to come and be tested.” She showed that a driver’s hippocampus is most active when they first plan a route. She found that the hippocampus shrinks back to a normal size once drivers retire. And she found that acquiring The Knowledge comes at a cost – taxi drivers find it more difficult to integrate new routes into their existing maps, and other aspects of their memory seemed to suffer. An enlarged hippocampus is a rare feature. You don’t see it in doctors who gain vast amounts of knowledge over many years. You don’t see it in memory champions who have trained themselves to remember seemingly impossible lists. You don’t see it in London’s bus drivers who have similar driving skills but work along fixed routes. Among all of these groups, only the London cabbies, with their superb spatial memories, have swollen hippocampi. These studies strongly suggested that their intensive training was the reason for the changes in the taxi drivers’ brains. They helped to change the decades-old perception of the adult brain as a static organ. Instead, Maguire likens the brain to a muscle – exercise it and it gets stronger. “But of course,” she says, “the real test is to take people before they start training and test them afterwards, to see if there are changes in the hippocampus in the same individual. That would give the best evidence.” Maguire, and her colleague Katherine Woollett, have done exactly that. They scanned their brains of 79 wannabe drivers who had just started their training. Three to four years later, they did the same thing. By this point, 39 of the trainees – just under half – had earned their licence. The rest had flunked out. The Knowledge is not easily won. At the start of the study, the trainees had the same memory skills as each other, and 31 men with no aspirations of being cabbies. Everyone’s hippocampus was on a similarly level playing field. The second time round, things had changed. Woollett and Maguire found that the hippocampi of the qualified cabbies had grown in size, especially the back part. They were now significantly larger than those of either the failed trainees or the men who didn’t take part. The cabbies also outperformed their peers on spatial memory tasks. This is the strongest evidence yet that the training that London cabbies undergo is directly responsible for the changes in their brain. The alternative – that someone with a large hippocampus is more likely to drive a taxi – just doesn’t hold. Still, there are some unanswered questions. For a start, how exactly does studying for The Knowledge increase the rise of the hippocampus? This small area is one of only two parts of the brain that makes new neurons throughout our adult lives. These extra cells could account for the increased size of a cabbie’s hippocampus. Alternatively, the existing neurons could simply form better connections with one another. Maguire’s next challenge is to tease apart these possibilities. Another question: why did half of the trainees fail to qualify? Most of them said that they couldn’t afford the time or money, while others cited family obligations. Those could all be valid reasons, but equally, they could be smokescreens that cover a deeper inability. Maguire wonders if genetic differences could give some people a natural edge and others a natural weakness, especially since some genes do affect the size of the hippocampus. For the moment, Maguire thinks that her work on cab drivers has implications for everyone. “We’re in a situation where people are living longer and often have to retrain or re-educate themselves at various phases in their lives,” she says. “It’s important for people to know that their brains can support that. It’s not the case that your brain structure is fixed.” She also wonders if her work could one day help people with memory problems, a group that she identifies with. “I’m grossly impaired. I can’t step outside my office without guidance. I keep on having to be talked into places by phone.” She laughs. “It’s very ironic. I’m very motivated to learn how the brain helps you navigate!” Reference: Woollett & Maguire. 2011. Acquiring ‘‘the Knowledge’’ of London’s Layout Drives Structural Brain Changes. Current Biology http://dx.doi.org/10.1016/j.cub.2011.11.018For more on the Knowledge and Maguire’s work, see this excellent piece by visiting American, Sally Adee. Photo by Sammy and the LightMore on the hippocampus: