The trauma of child abuse can last a lifetime, leading to a higher risk of anxiety, depression and suicide further down the line. This link seems obvious, but a group of Canadian scientists have found that it has a genetic basis.

By studying the brains of suicide victims, Patrick McGowan from the Douglas Mental Health University Institute, found that child abuse modifies a gene called NR3C1 that affects a person's ability to deal with stress. The changes it wrought were "epigenetic", meaning that the gene's DNA sequence wasn't altered but it's structure was modified to make it less active. These types of changes are very long-lasting, which strongly suggests that the trauma of child abuse could be permanently inscribed onto a person's genes.

Child abuse, from neglect to physical abuse, affects the workings of an important group of organs called the "hypothalamic-pituitary-adrenal axis" or HPA. This trinity consists of the hypothalamus, a funnel-shaped part of the brain; the pituitary gland, which sits beneath it; and the adrenal glands, which sit above the kidneys. All three organs secrete hormones. Through these chemicals, the HPA axis controls our reactions to stressful situations, triggering a number of physiological changes that prime our bodies for action.

The NR3C1 gene is part of this system. It produces a protein called the glucocorticoid receptor, which sticks to cortisol, the so-called "stress hormone". Cortisol is produced by the adrenal glands in response to stress, and when it latches on to its receptor, it triggers a chain reaction that deactivates the HPA axis. In this way, our body automatically limits its own response to stressful situations.

Without enough glucocorticoid receptors, this self-control goes awry, which means that the HPA is active in normal situations, as well as stressful ones. No surprise then, that some scientists have found a link between low levels of this receptor and schizophrenia, mood disorders and suicide. So, childhood trauma alters the way the body reacts to stress, which affects a person's risk of suicide or mental disorders later in life. Now, McGowan's group have revealed part of the genetic (well, epigenetic) basis behind this link.

The group looked at 24 samples of brain tissue taken from autopsies of male suicide victims, half of whom had been abused as children and half of whom had not. They compared these people to a dozen others, who had never been abused and had died suddenly through accidents. All the samples came from the hippocampus, a part of the brain where NR3C1 is particularly active.

McGowan found that the activity of the NR3C1 gene was much lower in abuse victims who took their own lives, than in either of the other groups. In their brains, he found lower levels of NR3C1's mRNA - a molecule that is transcribed from the gene's DNA sequence and provides the recipe for building the glucocorticoid receptor. With a shortfall of this mRNA, the abused suicide victims would also have had lower levels of this critical receptor.

It was clear that this deficit was because of the abuse rather than the suicide, since suicide victims who hadn't been abused had the same levels of NR3C1 mRNA as people who died of other causes. McGowan even accounted for whether the victims suffered from mood disorders, alcoholism or drug addictions - none of these factors swayed the results.

Why was the NR3C1 gene less active in the abused victims? To find out, McGowan focused on the gene's "promoter region", a stretch of DNA that controls its activity. NR3C1 is activated by a protein called NGFI-A, which needs to dock at special landing sites in the promoter to switch on the gene.

In the abused suicide victims, these landing sites had been heavily altered. McGowan found that small molecules called methyl groups had been attached to the promoter region's DNA, which prevented the NGFI-A protein from docking. The underlying DNA hadn't changed - in fact, the sequence of NR3C1's promoter region was exactly the same in all 36 samples. 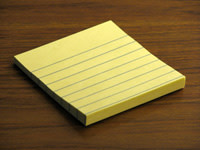 This is an example of an "epigenetic" change, where structural modifications change the way a gene behaves even though its DNA sequence is still the same. The methyl groups are the chemical equivalent of Post-It notes that obscure the underlying text without actually editing it. McGowan found over twice as many of these chemical add-ons in the abused suicide victims than in the others. It was their presence that slashed the activity of the NR3C1 gene.

Together, McGowan's results paint a very suggestive picture that links child abuse to later illness and death. Abuse leads to epigenetic changes that modify genes including NR3C1. These changes, especially those involving methyl groups, are very stable and they could slash the gene's activity for a very long time, potentially even for life. With the gene not working properly in many cells, the body can't produce enough glucocorticoid receptor.

As a result, the HPA trinity can't turn itself down properly and is constantly on high-alert. The body behaves as if it were stressed, even when nothing stressful is happening. The result is a higher risk of anxiety, depression and suicide. McGowan admits that this the whole picture is still speculative, but the individual steps make sense in the light of his results.

Other groups have found incredibly similar results in the brains of rats. The quality of care that a baby rat receives from its mother is reflected in the degree of methylation in the promoter region of its NR3C1 gene. If the bond between a mother rat and her baby is disrupted at an early age, the number of methyl groups in this critical area goes up, and the baby's HPA system becomes hyper-responsive to stress. And mice that lack the glucocorticoid receptor altogether behave in ways that are similar to depressed humans.

Mothers could affect the fates of their children through this chain of events, even before they are born. One fascinating study found that a newborn baby's NR3C1 gene is more heavily methylated if its mother was depressed or anxious during her third trimester. The epigenetic changes to this gene could allow children to inherit a vulnerability for depression from their mothers.

As a final note (and I hope he doesn't mind me pointing this out) but the lead author of this study is one Dr. Meaney. Which is a rather ironic name to crop up on a paper about abuse! A bit of unfortunate nominative determinism, surely?