How a Russian Scientist Bred the First Domesticated Foxes 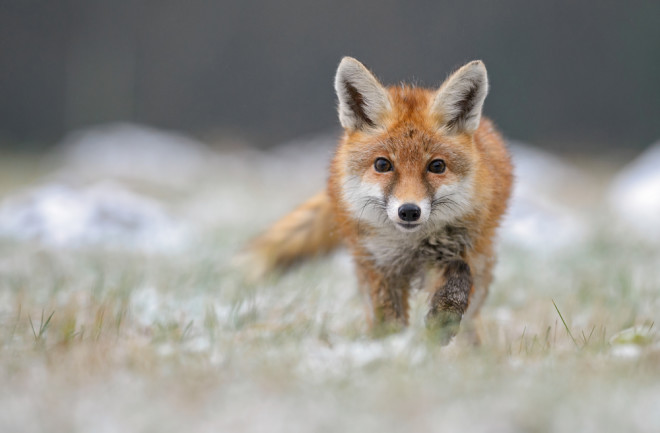 In just five decades, an experiment in Russia has accomplished something that took ancient humans thousands of years.

On a farm in Novosibirsk, Russian geneticist Dmitry K. Belyaev selectively bred hundreds of foxes over multiple generations, eventually creating something never seen before: a domesticated fox. His goal was to recreate the process by which humans gradually turned wild dogs into workers and friends, hopefully learning something about the mechanism of domestication in the process.

To accomplish his goal, he selected the most docile foxes he could find from fur farms around Russia. He then bred them in successive generations, each time choosing only the tamest individuals. This is similar to the process today by which dog breeders select for desired traits, or how ancient farmers cultivated hardy crops with the highest yields.

Belyaev found that the process worked for fox domestication as well. His experiment started in the late 1950s, and by the early 2000s almost all of the foxes on the farm displayed remarkable changes in behavior, according to an in-depth report penned by Lucy Jones of the BBC.

Foxes are considered notably hard to tame, but Belyaev’s foxes seemed preternaturally easygoing. They looked more like dogs than wild foxes — they would wag their tails and perk up in the presence of humans, and displayed none of the skittishness or aggressiveness usually associated with wild animals. In addition, they enjoyed being petted and would lick their handlers faces — all behaviors that socialized dogs display. And, all of this happened without any training on the part of the researchers. Their only intervention was to selectively breed those foxes that fit in with humans the best.

NPR spoke to Ceiridwen Terrill, a professor of Science Writing and Environmental Journalism at Concordia University in Portland, Oregon, who visited the farm and even got to pet the foxes.

“They’re genetically designed to crave human contact,” she says, “so that fox loved having its belly scratched.”

It wasn’t only behavioral changes either. The foxes started to look different over time: their ears got floppier, their legs, tails and snouts got shorter and their skulls got wider. Even their breeding patterns changed, they now mated out of season and had on average one more offspring per litter.

The reasons for this are likely rooted in neurological and endocrinological changes wrought in the foxes through selective breeding, according to a 2009 paper by Lyudmila Trut, of the Institute of Cytology and Genetics at the Russian Academy of Sciences, who now oversees the farm.

That paper reviewed the changes caused by domestication and found that, compared to wild foxes, the domesticated animals displayed different levels of certain chemicals in their brains. For example, their adrenal glands are not as active, but they have higher levels of serotonin. Serotonin likely plays a role in mediating aggressive behavior, writes Trut.

The physical alterations in the foxes, similar to the changes that happened in dogs, are likely a byproduct of behavioral selection. The droopiness of their ears may be caused by the slowing of their adrenal glands, says the BBC, and the others physical disparities could similarly be related to the differences in hormone levels that lead to desirable traits. Dogs likely went through much the same process over the course of hundreds of generations as they gradually adapted to living with us.

Belyaev’s experiment is evidence that our theories of domestication are spot-on; we’ve bent the arc of evolution toward in our favor. Moreover, the process of taming a species affects more than their behavior, domestication alters their looks, and changes the rhythms of their lives.

Swing over to the BBC and check out Jones’s entire story, for more details about this decades-long study.