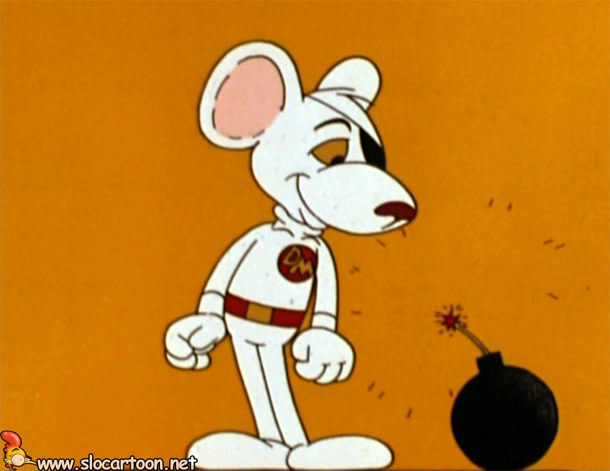 Since 1948, people have been poisoning unwanted rats and mice with warfarin, a chemical that causes lethal internal bleeding. It’s still used, but to a lesser extent, for rodents have become increasingly resistant to warfarin ever since the 1960s. This is a common theme – humans create a fatal chemical – a pesticide or an antibiotic – and our targets evolve resistance. But this story has a twist. Ying Song from Rice University, Houston, has found that some house mice picked up the gene for warfarin resistance from a different species. Warfarin works by acting against vitamin K. This vitamin activates a number of genes that create clots in blood, but it itself has to be activated by a protein called VKORC1. Warfarin stops VKORC1 from doing its job, thereby suppressing vitamin K. The clotting process fails, and bleeds continue to bleed. Rodents can evolve to shrug off warfarin by tweaking their vkorc1 gene, which encodes the protein of the same name. In European house mice, scientists have found at least 10 different genetic changes (mutations) in vkorc1 that change how susceptible they are to warfarin. But only six of these changes were the house mouse’s own innovations. The other four came from a close relative – the Algerian mouse, which is found throughout northern Africa, Spain, Portugal, and southern France. The two species separated from each other between 1.5 and 3 million years ago. They rarely meet, but when they do, they can breed with one another. The two species have identifiably different versions of vkorc1. But Song found that virtually all Spanish house mice carry a copy of vkorc1 that partially or totally matches the Algerian mouse version. Even in Germany, where the two species don’t mingle, a third of house mice carried copies of vkorc1 that descended from Algerian peers. What does the Algerian version of the gene do? Song found out after getting a tip from a pest control officer who she works with. He told her that he was having trouble getting rid of house mice in a German bakery, even after trying a powerful second-generation rodenticide called bromadiolone, or “super-warfarin”. The officer sent over some of these resistant mice and when Song looked at their genes, she found a surprise. Both copies of their vkorc1 genes were perfect matches for the version carried by Algerian mice, but the rest of their genes showed them to be house mice. This tiny out-of-place gene made all the difference – it made the house mice nigh-invulnerable to warfarin and its chemical relatives. Super-warfarin kills around 85% of normal house mice, but it only worked against 9% of the German ones with the Algerian gene. By the time humans developed warfarin, Algerian mice already had a head-start in resisting it. These rodents live in open, scrubby habitats and they feed mostly on seeds. They don’t get a lot of food that’s rich in vitamin K, such as leafy green vegetables and Song thinks that their vkorc1 genes have adapted to help them cope with this vitamin deficiency - indeed, it’s one of the fastest-evolving genes in its entire genome. It just so happens that the same adaptations also allow the mice to resist pesticides like warfarin that target vitamin K. It’s probably no coincidence that other rodents which specialise on grains – such as the golden hamster and Egyptian spiny mouse – also tend to tolerate warfarin-based chemicals. The Algerian mice transferred their resistance to house mice by breeding with them, somewhere between 5 and 32 years ago. Hybrids between the two species would normally suffer from physical problems that limit their survival in the wild, and around half of them are sterile. But these mice were buoyed by their warfarin-resistant copies of vkorc1. At a time when humans were using warfarin and related poisons, these hybrid mice had suddenly gained a valuable defence, one powerful enough to compensate for their other disadvantages. They survived and mated with other house mice, spreading the resistance gene to their own pups. In this way, the mice are rather reminiscent of bacteria. Individual bacteria can develop genetic tweaks that render them invulnerable to antibiotics, but they can also pick up such mutations from one another. They do so via their equivalent of sex – a process called conjugation where genetic material passes across physical bridges, established across two bacteria. The house mice have done something similar, picking up a warfarin-resistant version of vkorc1 by having sex with Algerian mice. Humans were probably responsible for these lucky liaisons. The two species used to live in completely different parts of the world. They would never have met, had humans not brought house mice with them as they expanded into Western Europe. Once the two species showed up in the same place, they started mating. Later, humans were again responsible for giving the hybrids an edge over their pure-bred house mouse relatives. Our attempts to kill them merely unveiled a strength that had been hiding for centuries. Reference: Song, Endepols, Klemann, Richter, Matushcka, Shih, Nachman & Kohn. 2011. Adaptive Introgression of Anticoagulant Rodent Poison Resistance by Hybridization between Old World Mice. Current Biology http://dx.doi.org/10.1016/j.cub.2011.06.043