Honeybees Can Grasp the Concept of Numerical Symbols

That's right. They know basic math ... and can learn to read. 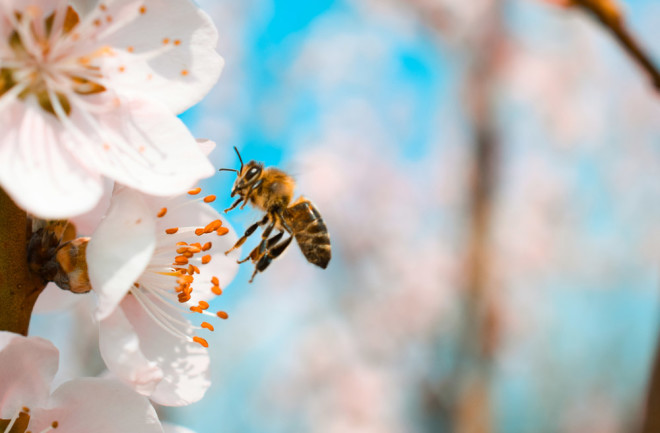 Math is famously divisive. Some people like to say they’re not “math people” if they have trouble with the subject (though, that might not actually be a healthy approach). Well, guess who have turned out to be math people? Honeybees!

Devoted readers may recall some past stories on this front. Almost exactly a year ago, we learned that bees can understand basic numbers, including the semi-abstract concept of zero. Then, in February, scientists said they’d discovered not only that bees can count, but that they can also do basic arithmetic.

Now the honeybee-math trilogy is complete. With a new study published Tuesday in Proceedings of the Royal Society B, the same international team of researchers behind those discoveries has announced that bees are also capable of linking numerical symbols to actual quantities, and vice versa.

That means honeybees can equate a symbol like the numeral 2 to the actual, abstract numerical quantity of 2 “things,” regardless of what the things are

This has all come as a bit of a shock, since the insects have under a billion neurons in their brains. They’re also pretty different evolutionarily from us and the other animals who’ve displayed an aptitude for math: pigeons, African grey parrots, rhesus monkeys and chimpanzees. But clearly, backbones aren’t everything, and honeybees have what it takes to ‘get’ numbers like few other species so far can. Today’s find not only buffs up the bees’ reputation a little bit more, but also provides insights into how other species process and communicate the very concept of numbers.

So, how do you train bees to recognize that a given symbol means a specific “numerosity,” or amount of something? Or that a specific numerosity corresponds to a given symbol? The same way you get humans to learn it at an early age: practice.

The researchers trained 20 honeybees and marked each insect with a colored dot to identify them. Then they monitored the bees for about two to four hours each. Half learned to associate symbols with a numerical amount, and the other half the opposite, associating amounts with symbols. (In all cases, an upside-down “T” stood in for 3, and an “N” for 2.)

To train them, the researchers put the bees through a Y-shaped maze. In the first chamber, the base of the Y, the bees saw the thing they were being trained on — the symbol, or the numerical amount — and they then had to choose which leg of the Y to go into, one being labeled with a correct answer and the other a wrong one. Correct answers were rewarded with yummy sucrose, and wrong ones with icky quinine. (And don’t feel bad for any slow learners. “If a bee made an incorrect choice and started to imbibe the quinine, it was allowed to … collect sucrose to maintain motivation.” Don’t want any unmotivated bees!)

After the training, the bees were tested on how well they learned the concepts, by choosing between numerosity options they’d never seen before to represent the numerical quanitity (using different colors, for example, or different shapes of different sizes). And, for the most part, no matter what tricks the researchers threw at them, the bees could handle it, reliably identifying the right number of things, or the right symbol, depending on their training.

“Bees in both groups demonstrated significant learning,” the authors write, “demonstrating that bees learnt the two [symbols] had corresponding matching quantities associated with them.” Good for you, honeybees!

But there was one thing the bees couldn’t handle: reversing their training. The group that learned that N means 2, for example, couldn’t figure out that 2 corresponded to N, and vice versa. “While independent groups of bees are able to learn the association in either direction with similar performances in training and tests, it seems the association itself is not reversible,” the authors write.

Which is kind of neat. Even the most math-phobic person is likely to have no trouble grasping the idea that if a symbol refers to a number of things, then the opposite is true as well — most school kids aren’t struggling with the very meaning of numbers, after all. But something in the way bees learned to understand these representations of numerosity kept them from making that connection.

Humans process numbers and symbols in different parts of their brains, so this finding suggests maybe honeybees do too, and just aren’t able to connect them as well. “Understanding how such apparently complex numerical skills are acquired by miniature brains will help enable our understanding of how mathematical and cultural thinking evolved in humans,” the authors write. “And possibly, other animals.”

As far as we know, humans are the only animals that have come up with math. But, it’s increasingly looking like we’re not the only ones who can do it.