Homo naledi and the Chamber of Secrets

An underground cave reveals a collection of fossilsthat could bring a new human speciesinto the fold. 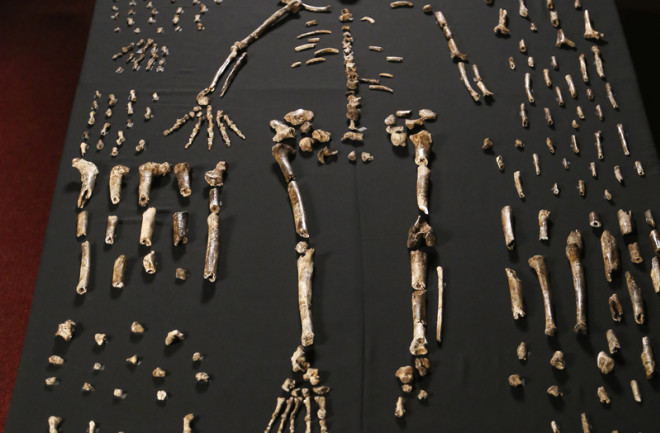 Bones of at least 15 individuals from a South African cave represent the largest early hominin find ever discovered. (Credit: John Hawks/University of Wisconsin-Madison)

Deep underground, beyond a 39-foot vertical shaft narrowing to 8 inches in some spots, tantalizing clues of humanity’s earliest origins are whispering up from the darkness. Here, in the Dinaledi Chamber of South Africa’s Rising Star cave system, researchers have found a spectacular assemblage of fossils they say belongs to a new human species: Homo naledi.

In September, University of the Witwatersrand paleoanthropologist Lee Berger and his team described the fossils — discovered by spelunkers in 2013 — in the journal eLife. Media hoopla surrounding speculation about H. naledi’s behavior distracted attention from what made the discovery so scientifically important: the unprecedented quantity of bones. Ancient hominin fossils are rare, and those from early members of our own genus, Homo, are rarer still. So it is all the more astonishing that Berger’s team recovered more than 1,500 fossils, from 15 individuals, including a fully articulated hand — the first ever found for early Homo.

H. naledi has a mix of primitive and modern anatomy, with an upper body suited for climbing trees and a lower body, particularly its feet, capable of walking long distances. The stunner is H. naledi’s cranium: It’s shaped like the later, more advanced Homo erectus, but — with less than half the volume of our own — is tiny for its 5-foot-tall body.

Berger’s team suggests that these primitive humans may have been put in the cave by their kin in an act of “deliberate body disposal.” Such behavior would be incredible because only modern humans and Neanderthals, our closest relatives, are believed to have buried their dead.

Compounding the controversy around the team’s claim is not knowing how old H. naledi is. The age of a hominin fossil is typically determined by using a proxy — more easily dateable matter, such as bones of now-extinct animals with known timespans — deposited around the same time as the bones. In the case of H. naledi, this material doesn’t seem to exist.

The team will attempt to establish the fossils’ age through alternative methods in the coming months. The information is crucial for understanding whether H. naledi is a primitive human displaying a behavior otherwise unknown until much later in hominin evolution, or a relatively modern human with a primitive anatomy that challenges conventional ideas about how our genus developed.

Regardless of the age, Berger said earlier this year, before publishing the H. naledi discovery, the fossils will force paleoanthropology to rethink long-held theories about human evolution.

Not everyone agrees. Tim White, a paleoanthropologist not connected to the project, says the findings were published too early, with too much left unknown — including the age of the fossils and whether concrete evidence for the intentional placement of the dead exists. He says this rushed approach, which came amid a media frenzy, risked putting entertainment and excitement ahead of the less glamorous slog of more deliberate science.

Others, like William Jungers, a paleoanthropologist at Stony Brook University, say there isn’t enough evidence to confirm that H. naledi is necessarily a new species. “It could even be an early, regional representative of Homo erectus,” says Jungers.

Yet even Berger’s harshest critics agree on the magnitude of the discovery. Just a fraction of the Dinaledi Chamber — a plot about the size of a large manhole cover — has been excavated. The whispers have only started to surface. “It’s a big deal,” says White.