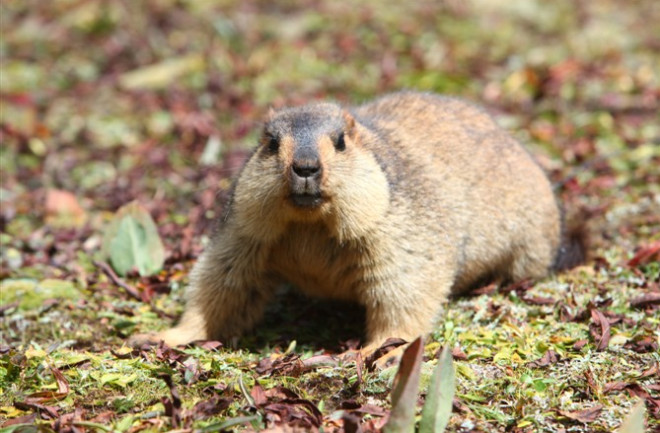 A Himalayan marmot. (Credit: Yuanqing Tao) How do animals live in the cold, oxygen-starved environments of the high mountains? Himalayan marmots — beaver-ish rodents of unusual size — may have an answer, find scientists who have assembled a complete draft genome of the animal. The analysis may provide insight to how we adapt to the cold. "As one of the highest-altitude-dwelling mammals, the Himalayan marmot is chronically exposed to cold temperature, hypoxia [lack of oxygen], and intense UV radiation," Enqi Liu of Xi'an Jiaotong University Health Science Center in China said in a statement.

Himalayan marmots, herbivorous rodents about the size of a housecat, call the high elevations of China, Nepal, Pakistan and India home. A thick fur coat, large body size and unique hibernating habits allow the animals to exist in the harsh climate of the world’s “third pole,” the Tibetan Plateau. The rodents hide out in burrows some 30 feet deep with their families for more than six months at a time during the winter, but they also possess a set of unique genetic adaptations that have molded their bodies into altitude champions. Liu and team wanted to know what kind of genetic innovations allow the animals to make a living in such an extreme environment. The researchers sequenced the genome of a male Himalayan marmot. When they compared the Himalayan marmot’s genome to four other marmot species’ genetic material, they found the Himalayan marmot split from its closest evolutionary relative about 2 million years ago. It's evidence that their move to a more lofty homeland may have helped turn them into their own species.

Then, the researchers compared the genomes of Himalayan marmots that live above 14,000 feet above sea level to the genomes of Himalayan marmots that live at a much lower elevation, about 6,000 feet. The team saw differences between the two groups in genes that facilitate adaptation to a high-altitude environment such as response to low oxygen, heart function and heat generation. One gene, however, stood out from the rest. Himalayan marmots that live at very high-altitude have a mutation in a gene called Slc25a14. All other mammals the researchers looked at, including mice, bonobos and other marmots, have one version of the gene. But, the high-altitude living Himalayan marmots have a unique version that may confer special abilities, the team reports today in the journal iScience. The gene helps control the function of mitochondria, the cell’s powerhouses. It also has neuroprotective effects and plays a role in maintaining metabolism as well as temperature regulation. The researchers suspect the genetic change may have aided Himalayan marmot’s adaptation to their high-altitude home and the finding could have implications for human health. “The identification of distinctive genetic traits will contribute to potential medical applications,” Liu and colleagues write.