Here’s Looking at You, Kid 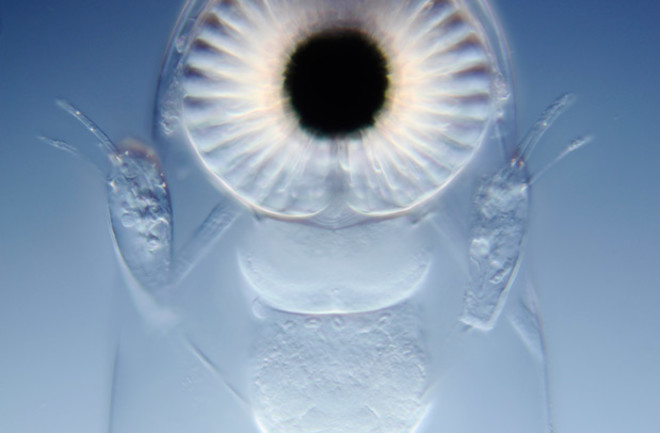 Staring out of your screen is the eye of a water flea, a largely transparent crustacean that can reach half an inch in length. Its intricate eye—and it has only one—is a clue to the creature’s overall complexity: Last year scientists found that it has 30,907 genes, about 5,000 more than humans have. This micrograph of a live specimen was named an image of distinction in last year’s Nikon Small World competition. “I capture organisms as realistically as possible,” says photographer Wim van Egmond, “but the microworld is so unknown that the result is almost like abstract photography.”