When you turn your clocks back this fall, you won’t be the only one affected. City-dwelling animals match our schedules to survive. 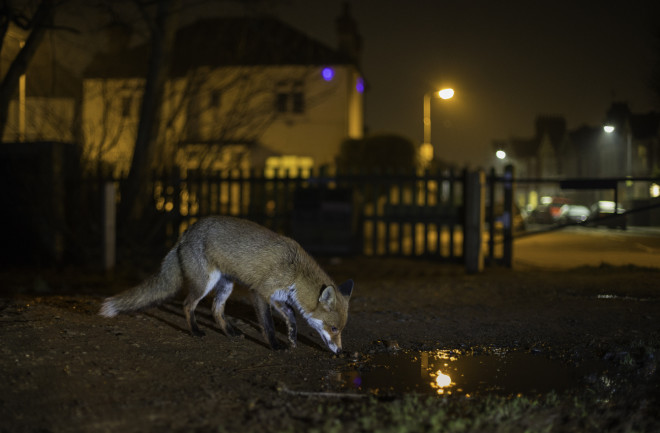 Twice a year, every American — except for those in Hawaii, Arizona and the country’s overseas territories — must adjust their schedule by one hour. The ritual is despised by a majority of Americans, according to a poll by The Associated Press-NORC Center for Public Affairs Research, with seven out of 10 stating they’d prefer time to stay put instead. There’s even medical justification for this hate; springing forward and falling back messes with our bodies’ circadian rhythms, which can in turn affect sleep, hunger and mood.

It makes sense that this schedule shift impacts humans, of course, but what about the wild animals that share spaces with us? Even in very urban areas, there are likely more coexisting critters being impacted than you think.

“Just within Chicago, we have found beavers, muskrats, mink and coyotes, which are fairly common throughout the city,” says Liza Lehrer, assistant director of the Urban Wildlife Institute at the Lincoln Park Zoo in Chicago. And that’s in addition to the other “key players,” including “raccoons, opossums, skunks [and] a diversity of bat species.” The city is also home to birds, amphibians, reptiles, fish and insects and other invertebrates — and it’s hardly the only place with a veritable zoo within its borders. Urban wildlife of all stripes are common in metropolises around the globe.

In order to thrive in a sea of humans, these animals adapt to the activity patterns that define the hustle and bustle of city life. For example, animals that are normally active during the day have steadily become more nocturnal to avoid interaction with humans. Just turn to Tanzania, where antelope living close to human settlements show more nighttime activity than those living farther into the wilderness. Similarly, urban animals tend to avoid the bright, artificial light that bathes many cities at night, and for good reason. Researchers have noted that this light is capable of negatively affecting mating and courtship behavior, as it does in the Australian black field cricket.

Given that city-dwelling animals must match our schedules to survive, how do they fare when those schedules abruptly shift as a result of daylight saving time? According to Lehrer, they may be able to adjust rather quickly. “I could see there being potentially a short-term impact on wildlife, for example, in the spring when we go forward an hour and light conditions are much darker in the morning,” she says. “People are going to be more reliant on artificial light if they have to be at work at the same time, but it’s darker.”

The bigger challenge for animals is adjusting to seasonal shifts in daylight availability and what this does to human activity. “The longer shift in daylight and temperature that affects human activity,” Lehrer says, will trickle down as more consequential effects for urban animals.

One way daylight saving time can cause trouble is through wildlife-vehicle collisions, as shifting clocks put more drivers on the road at darker hours. In a new study, more New York drivers collided with white-tailed deer following the end of daylight saving time, compared to the spring shift. The study’s co-authors say the time change led to more commuters hitting the roads at dusk, when deer are most active. It didn’t help that driver visibility is at its worst in the dark, something that the National Safety Council warns drivers about.

When it comes to humans and other animals coexisting, it ultimately boils down to light availability. Wildlife adjust their schedules to avoid us in the daytime but when human activity shifts into darker hours, either slowly (due to warmer weather brought about by seasonal shifts) or quickly (due to daylight saving time), conflicts can arise. These conflicts are not predestined, however, and there are actions each of us can take to prevent them.

“There are innovative ways people are thinking more critically about how much light we really need to have,” Lehrer says. “If there are areas where humans aren’t active in the middle of the night, maybe we don’t need to have those spaces lit. We can use things like controls where we can adjust the lighting to be less bright during certain periods of the day.” It seems the secret to any good relationship — a healthy amount of personal space — applies to humans and other animals too.