Heaven and Earth: Lava Falls into the Ocean Under a Starry Sky 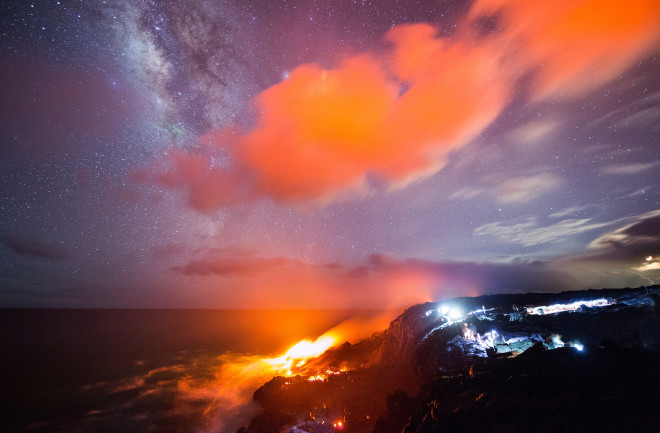 Under a starry sky last August at Hawaii Volcanoes National Park, glowing lava poured into the Pacific Ocean at the Big Island’s Kamokuna lava delta. Photographer Sean Goebel was among hundreds to view the massive outflow spewing from the nearby Kilauea volcano. At this same spot on New Year’s Eve 2016, a roughly 25-acre section of solidified lava tumbled into the ocean. The collapse nearly took with it five spectators who had ignored safety barriers. Kilauea’s East Rift Zone, which encompasses this area, has been active since 1983. In that time, it has spread a 55-square-mile layer of mostly hardened lava on the island’s southeast coast.