Male hawk moths protect themselves from insect-eating bats by overwhelming the bat sonars with sound. 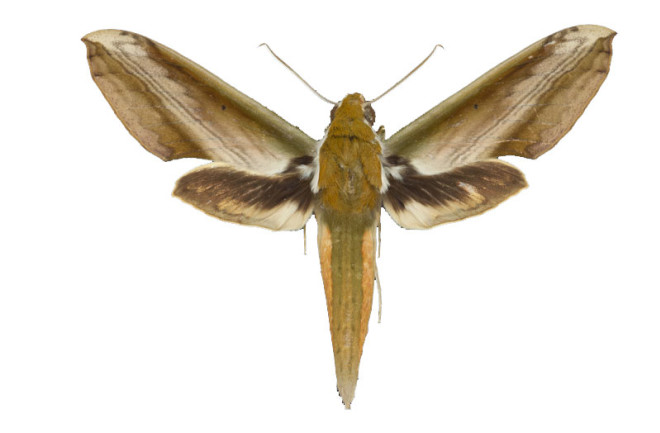 The scientific paper of 2013 that reads most like a comic book comes from biologists at Boise State University and the University of Florida, who describe the spectacular results of the “evolutionary arms race” between the bat and the hawk moth, which “have been engaged in aerial warfare for nearly 65 [million years].”

Insect-eating bats use echolocation, a form of sonar, to identify and capture their prey. Various insects, including the hawk moth, can jam bat sonar systems by overwhelming them with sound. Many “loud” bugs such as cicadas and tiger moths use corrugated abdominal structures called tymbals to generate their buzz.

Male hawk moths have a different method: They scrape their genitals on their abdomens to make an ultrasonic blast, the team reported in Biology Letters. You can’t make this stuff up.

[This article originally appeared in print as "Hawk Moths Jam Bat Radar With Ultrasonic Blasts From Their Genitals."]