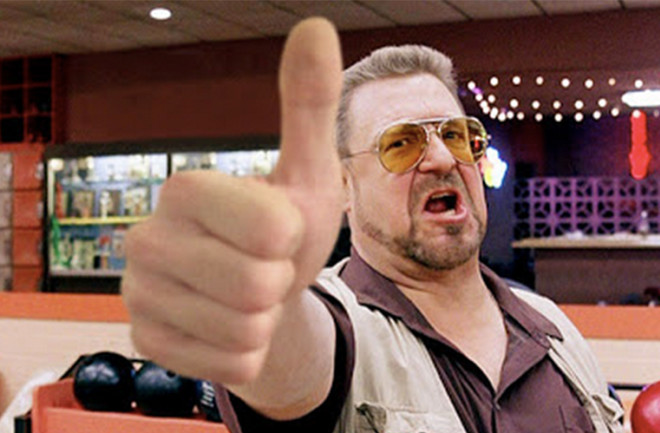 An extreme preference for right-handedness is unique to our species. Credit: Working Title Films. Right-handedness is very much a human thing. About 90 percent of Homo sapiens are right-handed. On the other hand, literally, about 50 percent of apes are southpaws, similar to most other primates. Researchers believe that right-handedness may be linked to other traits, such as the development of language. They have long sought to find the point in hominin evolution where the right hand became dominant for the vast majority of a species. Previous research identified right hand dominance in Neanderthal fossils that were about 400,000 years old, but no one had found evidence of handedness older than that — until now. University of Kansas paleoanthropologist David Frayer and colleagues were able to determine whether a 1.8-million-year old hominin was dexter or sinister thanks to its teeth. Yeah, its teeth. Stay with me now.

You might think well, just look at the bones of a hominin's hands and compare right to left to see differences in size and shape based on preferential use of one side — which can in fact be detected. But only if you've got both hands to study. And quite frankly, despite a lot of exciting finds in recent years, hominin fossils tend to be fragmentary. We've got one hand, or maybe just the jawbone, most of the time. That's why researchers look to teeth to tell the story of handedness. The technique has been used previously both by Frayer and other researchers looking at Neanderthal teeth in sites from Spain to Croatia. Hominins tended to use their mouths as a kind of third hand, particularly when cutting a bite-sized, or at least chewable, piece of meat. Researchers believe the individual would hold a sharp-edged stone tool in its dominant hand and hold a big piece of meat on one end in its mouth, on the other end in its non-dominant hand. Then, with the stone tool, the hungry hominin would saw off a piece of meat small enough to chew with our comparatively puny teeth. Every now and then, while sawing away at the meat, the hominin would miss and strike its teeth. Ouch. Bad for the hominin, but great for science, because over time the striations, those little cuts across the outer surface of the front teeth, formed a pattern: a pattern aligns one way if you're right-handed, another if you're left-handed.

Researchers believe hominins sawed off pieces of meat with a stone tool in their dominant hand (a), occasionally hitting their teeth and leaving a distinct pattern of striations on the surface (b) that indicates handedness. Credit: David Frayer. The idea that striations on teeth might indicate handedness was systematically tested back in 1988, when a team found that most of the hominins from Spain's Sima de los Huesos site — individuals we now know to be Neanderthals — were right-handed. Subsequent tests and re-tests of more Neanderthals, including at the Croatian site of Krapina, confirmed that about 90 percent of the individuals analyzed were right-handed, the same proportion as modern humans. Frayer's team applied the same analysis method to the teeth of a Homo habilis individual from the famed Olduvai Gorge in Tanzania. And, despite its age of 1.8 million years, they were able to determine that the individual was right-handed.

Frayer's team, publishing their finding today in the Journal of Human Evolution, were quick to point out that you can't make any grand statements about an entire species by sampling one individual. But the fact that they could determine handedness in a hominin 1.8 million years after the fact is pretty amazing, and it at least suggests that Homo habilis was not ambidextrous, like some primates. How do we know? Well, if a hominin was ambidextrous, the striations would not have aligned in the same direction. Okay, so maybe now you're thinking what if this particular hominin cut with its right hand but used its left hand for other tasks? And that may be the case. We need more samples from Homo habilis to know for sure whether this early member of the Homo genus had the same preference for right-handedness as Neanderthals and our own species. Because there appears to be a link between right hand dominance and the development of language, it's important to figure out when that evolved, and today's study, ah, lends a hand to that line of research.

Fellow sinister sorts, I know you're thinking great, here's another study suggesting that right-handedness is somehow superior to being a southpaw. That was my reaction, too. So I asked Frayer in an email to 'fess up and come clean about any handedness bias.

"I am right handed," Frayer admitted, "Although my parents told me I started out as a lefty, but they made me switch as a young baby. I have always maintained this is why my penmanship sucks."

We give Frayer and his team the thumbs-up for taking on this research. With both hands.