Hairless Dogs Give up the Genetic Secret of Their Bald Glory 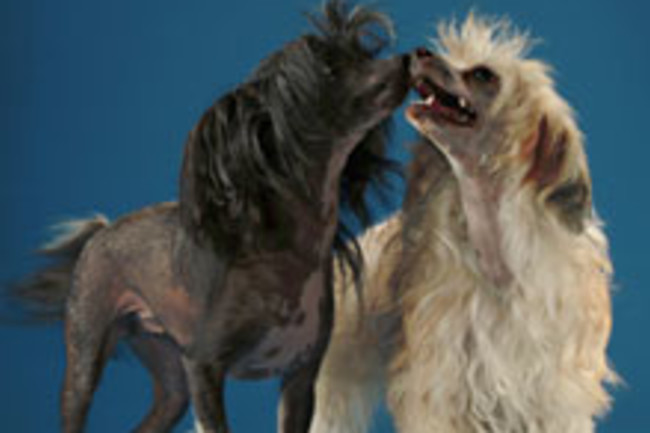 Researchers have discovered the gene that determines the baldness of several hairless dog breeds, and say it may

offers new insight into the development of skin and hair in other animals – including humans [New Scientist].

probably appeared about 4,000 years ago in Mexican hairless dogs and eventually passed through breeding into the other two dog breeds, Leeb says. “It’s extremely improbable that an identical mutation would have arisen three times,” he says [Science News].

In the study, published in Science [subscription required], researchers found

revealed an insertion of seven letters, or base pairs, of genetic code in a gene called FOXI3 in all of the hairless dogs. Although the exact function of the FOXI3 gene is unknown, other genes in the FOX family control embryonic development in mammals. When the researchers investigated the equivalent gene in mice, they traced its activity to developing teeth and fur cells [ScienceNOW Daily News].

This aligns neatly with observations of hairless dogs, who often have fewer teeth than typical dogs. The findings may have some relevance to humans, but don't apply to the normal hair loss process that occurs as humans age; instead they may help explain rare inherited diseases called ectodermal dysplasias.

These diseases are characterized by sparse hair, dental problems, skin problems and defects of the nails and sweat glands. Mutations in one of several genes can cause the conditions, but the source of ectodermal dysplasias in some patients is unknown. Some of those patients may carry mutations in the FOXI3 gene, Leeb suggests [Science News].